Despite being constantly under the media scan, Arjun Kapoor and Malaika Arora have chosen to stay mum on their relationship! If on one side, Malaika is often seen chilling with her girl gang along with Arjun Kapoor, on the other side, the duo has not admitted openly about their relationship unlike Arbaaz Khan!

Just like Malaika, Arbaaz has also easily moved on from his divorce and soon, started dating Georgia Andriani and openly admitted about it! He was quoted as saying, "If I had to hide my affair, I would not have brought it in open. I unhesitatingly admit that Georgia is there in my life at this point in time.

Somebody who I have at his time in my life is a friend who I am also dating. Where it is going to go? Only time will tell. Yes, undoubtedly, we are together."

We Wonder Why Malaika Is So Skeptical?

According to insiders, Malaika has already faced enough of trolling and has been slut-shamed owing to her affair with Arjun Kapoor. While Arbaaz and Georgia are easily accepted by their fans, sadly, the same is not applicable to Malaika and Arjun!

Our source also informs us that Arjun is quite serious about Malaika and unlike the 'rumours', there's no infatuation between them.

He genuinely likes Malaika a lot and finds solace in her company but owing to Malaika's failed marriage, Arjun is taking things slowly and also making sure that Malaika doesn't say 'yes' to marriage while carrying the baggage of the past!

Is Salman One Of The Reasons Behind Their Silence?

It's known to all that Salman never approved Arjun-Malaika's relationship. In fact, he had allegedly warned Arjun Kapoor to stay away from Malaika and his family. But as they say, 'Honi ko kaun taal sakta?' soon, Malaika and Arbaaz headed for divorce and Salman somewhere blames Arjun for the same!

In fact, at Sonam Kapoor's reception party, Salman Khan made his hatred towards Arjun very obvious, when he royally ignored Arjun in front of the entire media and greeted only Boney Kapoor!

Currently, Salman and Arjun don't see each other eye to eye!

Arjun & Malaika Holidaying Together But Not Posting Pics Together

Recently, Malaika Arora shared a few lovely pictures from her Maldives vacation and everyone thought she had gone there with her friends.

Interesting, just after a day, Arjun also shared a shirtless selfie from the same place and made pretty obvious that he's with holidaying along with Malaika!

But again.. both Arjun & Malaika refrained from sharing a picture together on their social media handles!

Will They Marry Or Not?

Now, the million bucks question, that everyone has on their mind is whether the duo will tie the knot or not! If rumours are to be believed, the reason behind Malaika's sudden visit to Maldives was not just 'chilling and holidaying' but was her 'bachelorette party'.

It seems only time will tell whether Malaika and Arjun will walk the aisle or carry on their 'Hide and seek' game with media and as well as their fans! 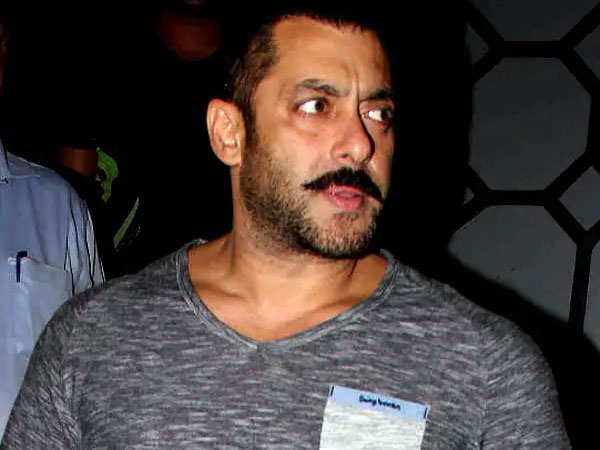