Rumours are rife that actor Ajay Devgn is all set to star in next action franchise of YRF, and he is quite eager to bring a cool grey character on the silver screen. As per the reports, Aditya Chopra wants to present Ajay Devgn in a memorable avatar. The film will be directed by Shiv Rawail. Rumours also suggest that the film is expected to mark the debut of Ananya Panday's cousin Ahaan Panday.

The source close to the project told Mid-Day, "While the film marks the debut of Ananya Panday's cousin Ahaan, Ajay leads the show from the front. Taking a cue from the Dhoom franchise where the antagonists have often overshadowed the heroes, Aditya has devised a cool and savvy character with grey shades for Ajay. It will be along the lines of Hrithik Roshan and Aamir Khan's characters in Dhoom 2 [2006] and Dhoom 3 [2013] respectively. Ajay is expected to sport multiple looks, which will involve the use of prosthetics."

The source further added, "Boosted by the success of the Dhoom movies, Adi has been contemplating developing another franchise for long. He knows that Ajay, with his massive fan following, will be one of the safest bets to kickstart an action series. The production house is in talks with Hollywood action director Tom Struthers, who has previously worked on The Dark Knight [2008] and Dunkirk [2017], and South Korean action director SeaYoung Oh of Snowpiercer fame for the project."

It will be interesting to see Ajay Devgn in a grey character. However, we're not sure how audiences would react to Ahaan Panday's debut, considering the current situation where people are completely boycotting star kids. Well, only time will tell. 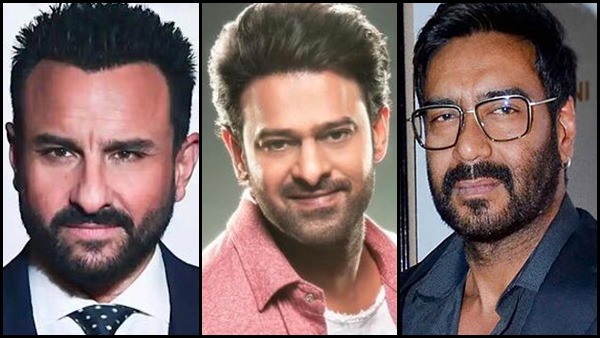