If the latest reports are to be believed, the alleged lovebirds Janhvi Kapoor and Ishaan Khatter have parted their ways and are no more in a relationship. Surprised? So are we! Wondering what went wrong? Well, an inside birdie reveals that it was Janhvi who was more keen to end her romantic affair with Ishaan.

According to Deccan Chronicle, "Just two young ambitious people who need to focus on their careers rather than on love. That's it. Ishaan's attentions were getting too much for Janhvi. It was okay for him to hang around her when they were promoting Dhadak, but when Janhvi was promoting Ghost Stories, Ishaan would land up at the venue, embarrassing the hell out of Janhvi."

Ahem! Ahem! It seems this one act of Ishaan didn't go well with Janhvi.

The source also added that Ishaan might be seriously hurt right now by the breakup, but the break may just be the best thing to happen to both of them at this time, when they need to build on their respective careers.

Interestingly, recently, while talking to media at the Lakme Fashion Week Summer Resort 2020, Janhvi indirectly hinted that she's single. When asked what her plans are for Valentine's Day, the Dhadak actress said, "I don't have any Valentine's Day plans. Actually, it sounds sad but it's true." 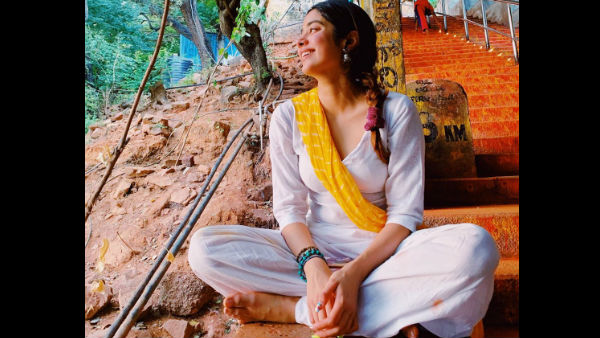 Janhvi will be next seen in Gunjan Saxena: The Kargil Girl. Ishaan, on the other side, is gearing up for Khaali Peeli, which also casts Ananya Panday in the lead role.