With the nationwide lockdown in phase four, many Indians are brushing up on their creative skills and actor Meezaan, who made his Bollywod debut with Malaal, is no different! Meezaan shared his own rendition of Adnan Sami's popular track, 'Bheegi Bheegi' on Instagram and captioned it saying, "My late night quarantine routine 🎸⁣Will be putting up covers every Friday. Comment below with any requests!! This one is one of my all time favorites 'bheegi bheegi raaton mein' by @adnansamiworld."

My late night quarantine routine 🎸⁣ Will be putting up covers every Friday. Comment below with any requests!!⁣ ⁣ This one is one of my all time favorites ‘bheegi bheegi raaton mein’ by @adnansamiworld ⁣ ⁣ #bajateyraho #meezaanscovers

While netizens are in awe of Meezaan's hidden talent, his alleged girlfriend, Navya Naveli Nanda dropped an emoticon of heart on his video and left netizens guessing if their affair rumours are indeed true! 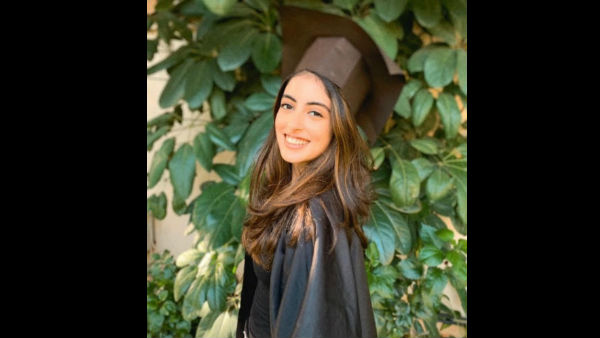 Apart from Navya, Meezan's followers are also in awe of his singing and here's what they have to say to him..

@desarn39: "I wish I knew your language so I could under the words but the sounds and rhythm are enjoyable."

@hitendart: "@meezaanj brother you just nailed it...I would say like father like sons.@javedjafferyofficial sir proud of you❤."

@maqsoodhakim: "Good job @meezaanj . You are truly a talented individual."

On a related note, Meezaan never admitted his alleged relationship with Navya, and always maintained that they are just 'good friends'. The actor was once papped with Navya Naveli and he hid his face, which sparked their affair rumours. But, when he was asked about the same, he had said, "We used to study together in New York and the photograph that went viral showed us going for a movie. I had covered my face because I did not want social media exposure at that time."

While speaking about Navya, Meezan said, "There is no relationship. We are friends, and friends also have a relationship. It's not always a boyfriend and girlfriend thing. Just because we get papped outside the theatre leaving with friends, it does not mean we are dating."

With respect to work, Meezaan will next be seen in Priyadarshan's Hungama 2.