Good news for all those fans who were disheartened after learning about Ranbir Kapoor being infected with COVID-19. With the latest update from the source close to the project, Ranbir and Alia Bhatt's fans can finally rejoice, as Brahmastra's makers have almost finalised its release date.

The source close to the project confirmed to an entertainment portal that the Ayan Mukerji's directorial will see the light of day this year itself, and will not be pushed to 2022.

"Brahmastra will be released this year. The last schedule has got a bit delayed after Ranbir Kapoor tested positive for Coronavirus. But it is expected to get done within 3-4 weeks. Soon, the team of the film will be fully focusing on post-production and getting the film ready for release," asserted the source.

The source further revealed that Brahmastra will release post Diwali, probably in November-end or in the first or second week of December. The decision has been taken and the makers will soon make an announcement regarding the same.

Now, the questions arises- if Brahmastra is releasing in November-end or in December, will it clash with any other film? On this, a trade analyst shared his opinion and said, "While Kartik Aaryan, Kiara Advani and Tabu-starrer horror comedy, Bhool Bhulaiyaa 2 releases on November 19, Tiger Shroff's actioner Heropanti 2 arrives in cinemas on December 3." 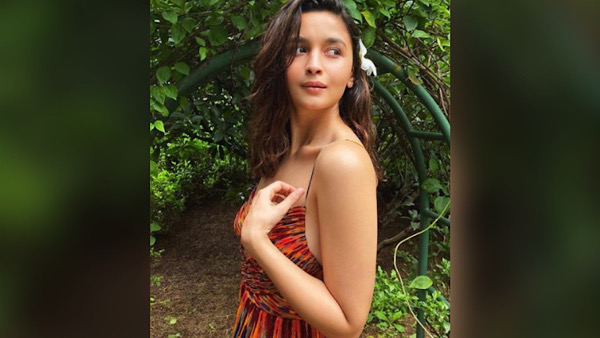 ALSO READ: Alia Bhatt's Sneak-Peek Of Her Late-Night Skincare Session Will Make You Want To Indulge In Self Pamper

He further added, "Aamir Khan's Laal Singh Chaddha arrives on Christmas but it might arrive a week earlier. Probably, Brahmastra might release on one of the slots which has not yet been taken like November 26 or December 10. If it comes on any other day in this period, it'll face a clash."

Well, it is yet to be seen when the makers will make an official announcement about Brahmastra's release date.