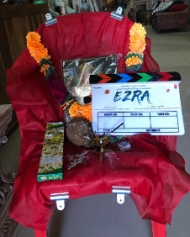 Horror Thriller
Release Date : 07 Dec 2020
Cast : Emraan Hashmi,
Director : Jay K
Synopsis
Ezra is a Bollywood remake of Malayalam horror-thriller of the same name, directed by Jayakrishnan. Ezra is all about an old bungalow, which is haunted by the spirit of Abraham Ezra, a Jewish man who lived in the pre-independence era. Emraan Hashmi appears as the new owner of the bungalow. Later, he discovers strange occurrences within his home, how gets rid of the spirit forms the plot of the movie.