Aanand L Rai, is planning a movie with Shahrukh Khan, and the director has either Deepika Padukone or Katrina Kaif in his mind to cast, as the lead actress. Kangana Ranaut, is giving stiff competition, and wants to act opposite Shahrukh Khan in the upcoming movie, defeating Deepika & Katrina in the process.

The last time Aanand L Rai and Kangana Ranaut worked together was for the super hit movie, Tanu Weds Manu Returns. The director Aanand, was fed up with Kangana on the sets of the movie as she threw unwanted tantrums, interfered in the creative development and did much more, to give him a headache. 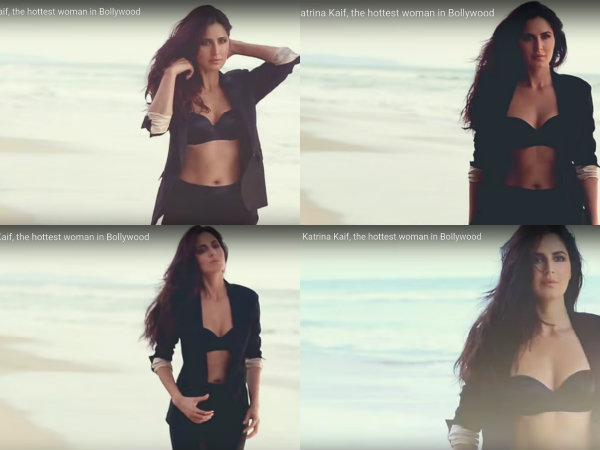 Aanand L Rai, then vowed to never work with Kangana Ranaut ever again, but since the director would soon cast Shahrukh Khan for his next, Kangana is sending feelers to the director and wants to bag the role opposite Shahrukh Khan.

A source close to the movie was quoted as saying,

"Kangana has been sending feelers to Aanand, hoping for a patch-up. For people who know Kangana well, this isn't surprising. She can be very charming when she wants to find her way back into someone's world. And there is always a good reason for it."

"Aanand is planning a film with Shah Rukh Khan and is on the hunt for the actress. Deepika and Katrina are on his mind. On hearing that Aanand is planning to cast Dippy in his next, Kangana decided to mend things with the director so that he casts her opposite SRK."

Kangana Ranaut, had earlier mentioned that she doesn't need the Khans to be successful. It looks like after the disaster of Katti Batti, the actress wants a supporting hand to pull her back on the success track.

Would Aanand L Rai cast Kangana Ranaut, Deepika Padukone or Katrina Kaif? We will have to wait and watch!

Aanand L Rai, is considering to cast Deepika Padukone along with Shahrukh Khan for his upcoming movie.

Deepika Padukone and Shahrukh Khan had given super hits such as Om Shanti Om and Chennai Express. The audiences, love SRK-Deepika movies.

Deepika Padukone starrer Tamasha, did moderately well at the box office. The movie also starred Ranbir Kapoor and is directed by Imtiaz Ali.

Katrina Kaif, is currently busy with her upcoming films such as Jagga Jasoos, Fitoor and Baar Baar Dekho.

Shahrukh Khan, is all set for his upcoming film Dilwale. The movie is releasing on December 18, 2015. Dilwale is a Rohit Shetty directorial.

Who would star opposite to Shahrukh Khan in Aanand L Rai's next? Katrina, Deepika or Kangana? We will have to wait and watch.