The fate of Jazbaa, like any other film is in the hands of the audience who have managed to love Aishwarya Rai Bachchan's comeback vehicle.

Most of the critics too have lauded the movie and overlooked the minor flaws. Jazbaa, a gripping thriller lead by Aishwarya Rai Bachchan has caught the viewers attention who can't stop raving about the movie. 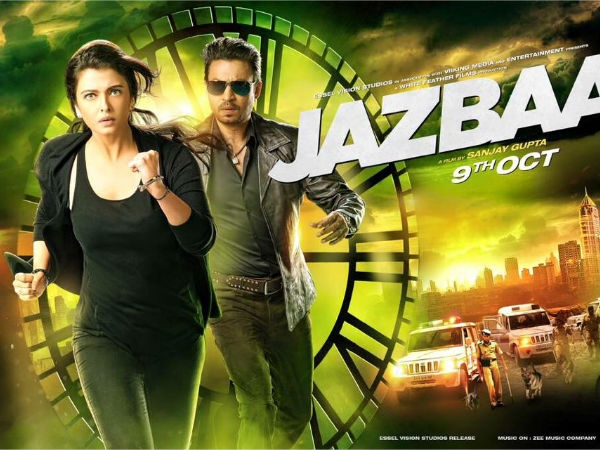 Not just the makers, viewers, fans, critics and pretty much everybody is surprised by Kamaal's view of the movie, who took to Twitter and wrote, "Just watched #Jazbaa n it's a brilliant film. Sure shot hit. Sanjay Gupta has proved again tat he is a master director of action films."

He further wrote, "I must say that lots of credit goes to cinematographer of #Jazbaa who has made this film looks so beautiful n larger than life."

Now, out of curiosity itself, viewers will rush to theaters, in hope to find the reason for KRK's positive review. Take a look at what the viewers feel about the movie.

Just watched #Jazbaa n it's a brilliant film. Sure shot hit. Sanjay Gupta has proved again tat he is a master director of action films.

Was a treat watching #AishwaryaRaiBachchan after her long break. She plays such a lovely mother both on & offscreen #Jazbaa @_SanjayGupta

#Jazbaa Superbly filmed with high dose of Drama and Twists ,This is surely a film to watch this weekend.Recommended !!
Rating's :- 3.75/5* !

Watched #Jazbaa. A captivating thriller with a powerful finale. Slick, stylish & fast-paced, the film's high point is it's taut screenplay.