The moment, the release date of Shahrukh Khan's Raees and Salman Khan's Sultan was announced, the social media is inundated with reports regarding their clash.

Interestingly, few days back, in a question-answer session with a leading daily, Shahrukh Khan had said that the constant battle on box-office numbers among Khan-trinity does not affect him at all. 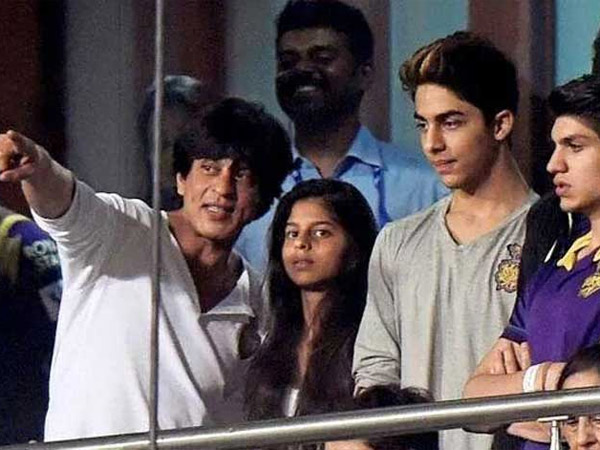 This Is What Shahrukh Khan Is Learning From His Kids, Suhana And Aryan!

Though Shahrukh isn't really bothered about the clash, according to Pinkvilla reports, when Salman was being asked about his opinion on Raees-Sultan clash, he said, "I have released two films with Shah Rukh - Jaaneman opposite Don and Saawariya against Om Shaanti Om and both didn't do well."

"In fact, with both the films his track record is 100%. So he has got nothing to worry about. If there is anyone who needs to worry then it is me."

Well, whose film will emerge as a winner, that only time will tell us.

And guess what? We thought to bring out a list of Shahrukh Khan films that clashed with other big films and beat them at the Box-Office.

Click on the slider to check out Shahrukh Khan's historical win at BO clashes.

Both of the films released on October 16, 1998. And even having a Megastar like Amitabh Bachchan, the film, Bade Miyan Chote Miyan did not manage to perform better than Shahrukh's Kuch Kuch Hota Hai.

Both of the films released on November 12, 2004. SRK's Veer Zaara became highest grosser that year with the collection of 40 crores, whereas, Akshay-Priyanka's Aitraaz managed to make only 16 crores at the BO.

Both Don and Jaanemann released on October 20, 2006. And even having a powerful trio casts of Salman Khan, Akshay Kumar and Preity Zinta, Salman's film couldn't stop Shahrukh's Don to do better than him at the BO.

That was the moment, when SRK launched Deepika and Mr Bhansali launched Sonam Kapoor and Ranbir Kapoor on silver screen. And lucky Deepika along with SRK, beat Sonam-Ranbir's Saanwariya. Both of the films released on November 9, 2007

Chennai Express VS Once Upon A Time In Mumbaai Again

To avoid clashing with Shahrukh's Chennai Express, even the makers of Once Upon A Time In Mumbaai Again, pushed the release date of the film to 15 August. Interestingly, Akshay-Imran starrer film proved to be disaster at BO.

Though Ajay Devgn's Son Of Sardaar was not entirely a flop, but could not manage to collect as much as Shahrukh's Jab Tak Hai Jaan did at BO. Both of the movies released on November 13, 2012.

Well, these two films are yet to be released but according to many surveys and polls, Shahrukh-Kajol's Dilwale has created much more buzz than SLB's Bajirao Mastani. Both of the films are slated to be released on December 18, 2015.

Shahrukh Khan's Raees and Salman Khan's Sultan are scheduled to be released during Eid next year. Well, whose film will emerge as a winner, that only time will tell us.