Randeep Hooda and Richa Chadha launch the trailer of their upcoming movie Main Aur Charles, but more than the trailer, what garnered attention was the duo's rendezvous on stage!

Much to the media's shock, the actors made out in public, on the stage. Randeep and Richa got the temperatures soaring and it wasn't just in the event but also in the movie.

Main Aur Charles is based on Charles Sobhraj's life which Randeep is playing in the on-screen version. Richa on the other hand is playing a rather bold character, which mouths the dialogue, "Aur jab wo mujhe dekhta hai, I feel like having sex with him". 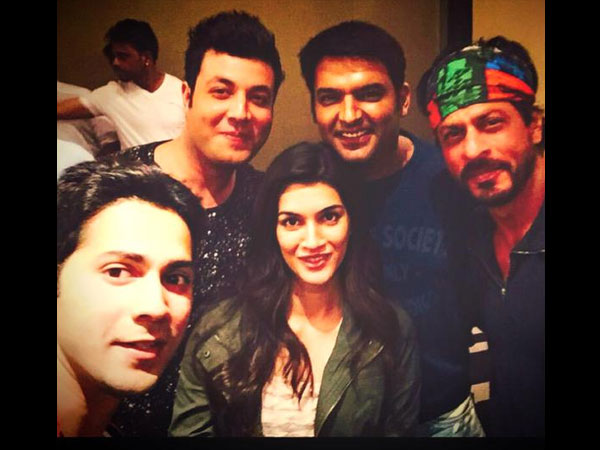 When a journalist questioned her about slipping into this bold character, this is what she had to say, "Define bold. Is it the bedsheet scene? If you talking about the dialogue, then who wouldn't want to? (have sex with Randeep Hooda)."

She further says, "The character that Randeep plays has the power to allure both men and women. You would want to be with him, spend time with him and in that sense it was an interesting character to play. It wasn't difficult for me to get into the character and rather I had a blast shooting for the film."

To this Randeep quips, "But we did spend lot of time together to get comfortable."

Check out the entire process of Randeep and Richa making out...

Randeep Hooda and Richa Chadha arrive on stage to launch the trailer of the movie.

Randeep Hooda and Richa Chadha meet on stage of the trailer launch.

A Peck On The Cheek

Randeep is seen giving a peck on the cheek of Richa.

Their lips almost tough! Whose you ask? Randeep and Richa Chadha.

Richa Chadha and Randeep Hooda come too close to each other.

Richa and Randeep make it too hot for other people gathered at the launch.

Richa and Randeep share super hot chemistry both on and off screen.

There it is! Finally! Richa and Randeep Hooda making out in public!

Randeep Hooda and Richa Chadha doing something new and bold at the trailer launch of the movie.