Both Iulia Vantur and Daisy Shah, are very close to Salman Khan and this has created a rift between the two ladies, who directly or indirectly end up targeting each other at several occasions.

Recently, a leading daily had reported that Iulia Vantur does not want Salman Khan to be friends with Daisy Shah. However, Daisy Shah dismissed it as 'media hype' and said that she's not a friend of Iulia Vantur either.


Now Iulia Vantur has not made a comeback through comments but has posted a selfie on her Instagram account, and the caption looks like she's trying to tell something to 'someone'. The selfie caption reads,

"When u check your look in the mirror, take a minute to check yourself. Whatever we do or say is there #reflected in the mirror #yourself(ie) #check #dogood #whatgoesaroundcomesaround #payattention #nobills2pay".

Well, now we'll have to wait and watch if Daisy Shah would resort to some sort of blanket attack against Iulia Vantur, on her Instagram account. 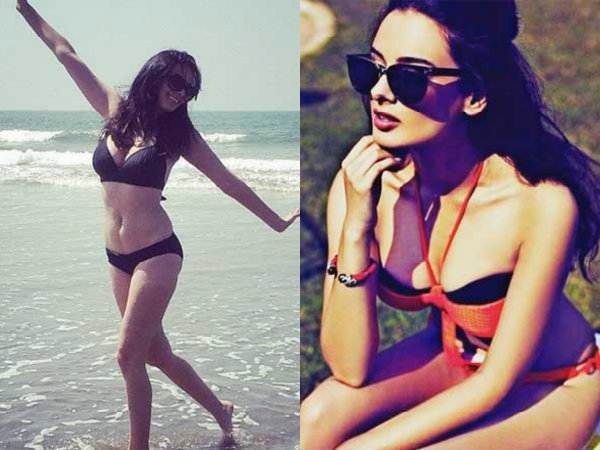 Stunning! Evelyn Sharma Chilling By The Beach In A Bikini