Today, early morning, the gorgeous actress Katrina Kaif visited the shrine of Sufi saint Sheikh Salim Chisti at Fatehpur Sikri. The actress offered 'Chadar' at the shrine and prayed for the success of her recently released film, Baar Baar Dekho!

The film hit the theatres on September 9, 2016. The actress was spotted donning a white coloured ethnic wear and she was looking truly stunning, even in her de-glam avatar! 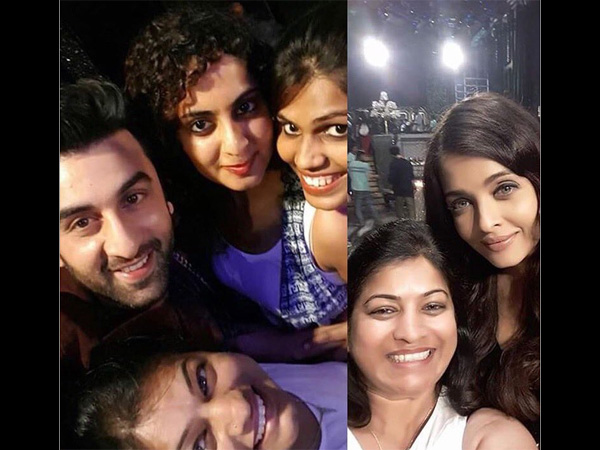 It's A Wrap For ADHM! Ranbir & Aishwarya Pose With Fans..

Check Out Her Latest Pictures Below..

Katrina Kaif at the Tomb of Salim Chishti in Fatehpur Sikri to offer prayers for her professional as well as personal life! Recently, the actress had confessed that the last two years had been really tough for her.

The actress was going through tough time owing to her break-up with Ranbir Kapoor. The duo has been in a serious relationship from a long time but recently, they decided to part their ways.

Their broken relationship instantly became talk of the town and everywhere, the actress was quizzed about her personal life. However, the reason behind her break up is yet unknown to everyone!

Katrina, On Her Tough Life

"It was a difficult time for me but my movies are not the reason it was difficult. It was difficult for me for other reasons. That's what life does. It puts you through these times and you have to see where it takes you," had said Katrina.

Katrina Solely Focusing On Her Career

Currently, the actress is solely concentrating on her professional life and she had mentioned that at this point of her life, the success of Baar Baar Dekho is extremely important for her.

During the promotion of Baar Baar Dekho, Katrina had said that despite having a successful career in Bollywood, she feels a constant need to prove herself with every film.

"If actors stop feeling need to prove themselves then that's the end for them. Every moment I'm on set, I'm trying to satisfy my creativity and also make sure that I'm doing the best I can and be completely committed to that moment," she said.

Post the release of Baar Baar Dekho, Katrina will be next seen in Anurag Basu's Jagga Jasoos. The film also casts her ex-boyfriend, Ranbir Kapoor. Reportedly, it would be a musical film and Katrina will be seen donning the hat of a young journalist!