Prashant Chauhan, is a passionate singer and has also been the contestant for the famous television musical show 'Sa Re Ga Ma Pa' on Zee Tv. Prashant Chauhan, has successfully completed a new music album, and his second single 'Chori Chori' is all set to launch very soon in collaboration with Zee Music.

We had a candid interview with Prashant Chauhan and the energetic singer, speaks about his upcoming album, his single 'Chori Chori', and his future plans for the music industry!

Prashant : CHORI-CHORI is a pure romantic & refreshing song. The concept of the song is all about 2 best friends - a boy played by me& a cute girl played by Rani.The boy is in love with the girl but not able to express his sentiments with her. How their friendship gets converted in to Love, watch the song to know about it!

You will easily connect with the song due to its melody, rhythm, lyrics & the way it is presented!

The song is composed by Vishal-Prashant-Vijay and written by Vijay Kumar. Vishal and Vijay are my elder brothers.The song is produced by VPV Productionsowned by us.

2. What you have done earlier?

Prashant : I am the first winner of first children special episode of Zee TV Sa Re Ga Ma Pa which was telecasted in 1995. I performed in Sa Re Ga Ma Pa in 1997 & 2001 also. I have also won the India level singing competition "Taza Geet Bahaar" organized by T-Series in 1995.Late Gulshan Kumar ji appreciated me personally&promised me to do something in future. However, nothing could happen due to his sudden demise.

After that I took a break due to some personal reasons and completed my MBA and started working as anaccounts and finance manager in a private company.

After about 20 years, I released my first Single "WO MERI DEEWANI HAI" in January 2016. You can watch it on our YouTube channel - "VPRASHANTV MUSIC".

"CHORI-CHORI" is my second Single!

3. Who has written and composed this song?

Prashant : CHORI-CHORI song is written by Vijay Kumar and composed by Vishal-Prashant-Vijay. We all 3 are real brothers and I am the youngest among three.

4. Who is the director of this video?

Prashant : This video song is directed by my elder brother Vijay Kumar.

5. Have you thought about acting in future?

Prashant : I am an artist. Music is my passion.I love singing & performing on the stage. I do compose music with my elder brothers Vishal & Vijay, I do music programming & arrangement as well.

So music is my passion and priority. But in future if I get good offer for acting I would be happy to do it.

6. Which place do you belong to?

Prashant : My family is originally from Uttar Pradesh. My father was in UP State Government service. Butsince childhood, I am in Mumbai for study and music.

7. When are you going to release the songCHORI-CHORI?

Prashant : Most probably, 1st week of May'2016. Will announce the exact release date soon.

8. When are you going to shoot your next song?

Prashant : We are working on our next project which would start by May end.

9. Tell us about Rani?How she is? (Your experience with Rani)

Prashant : Rani Chatterjeeis already a very well-known face in Bhojpuri Cinema. She is No#1 actress in Bhojpuri industry.She is my childhood friendalso.

During shooting of CHORI-CHORI, she never made me feel that she is a big star.She has done a fantastic job in the song.

10.Have you got any offer after this song?

Prashant : Some music projectsare in pipeline. Wewill announce at the right time.

Prashant : CHORI-CHORI is a melodious and refreshing song which has a sweet love storyof two best friends.And, of course, this is the first Hindi Single of Rani Chatterjee!

Prashant : Kishore Kumar is my favorite singer. He wasvery versatile!

In music composers, R. D. Burman is my favorite. He was 20 years ahead in his music. He created today's music in 70's. You can see many songs of him have been remixed too!

Prashant : I would like to become a successful playback singer. Also would like to contribute as a music composer with my elder brothers for Bollywood movies. Recently we have opened our own production house 'VPV Productions'.

Prashant : I am very lucky to have such a great father who had given me full support to make my career in music industry?My mother has worked hard and sacrificed a lot so that I am able to work in Music.

I got opportunity to learn Music from my GuruPadma-Bhushan Ustad Ghulam Mustafa Khan Sahab, I won first children special episode of Zee TV Sa Re Ga Ma Pa and some other competitions because of my parent's efforts and blessings.

I must say that music is my parents' dream first which I am fulfilling!

Apart from my Mom and Dad, my elder brothers & wife have always been encouraging me!

15.How you have thought about this song?

Prashant : I have already mentioned that we have launched our Production - VPV Productions and itsYouTube channel VPRASHANTV MUSIC with our first Single - WO MERI DEEWANI HAI in January 2016. Our aim is to create great music for the music lovers! CHORI-CHORI is one more step towards the same direction!

16. Why you have thought to take Rani Chatterjee in this video?

Prashant :Rani is my childhood friend and we had a plan to work together and once we started working on CHORI-CHORI, we offered her and Rani joined the project!
As per demand of the script of the song, we wanted a young bubbly girl and Rani is the best fit for it! 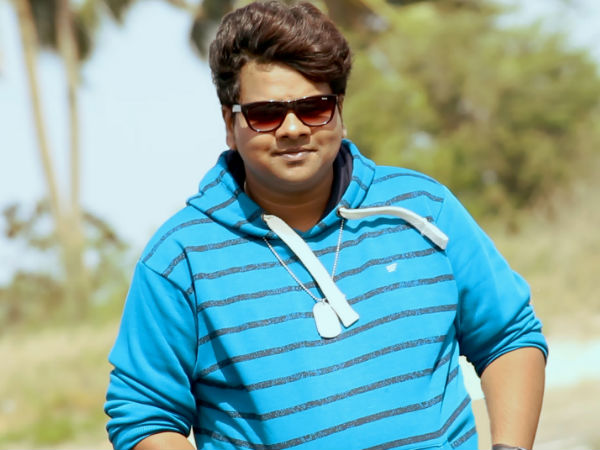 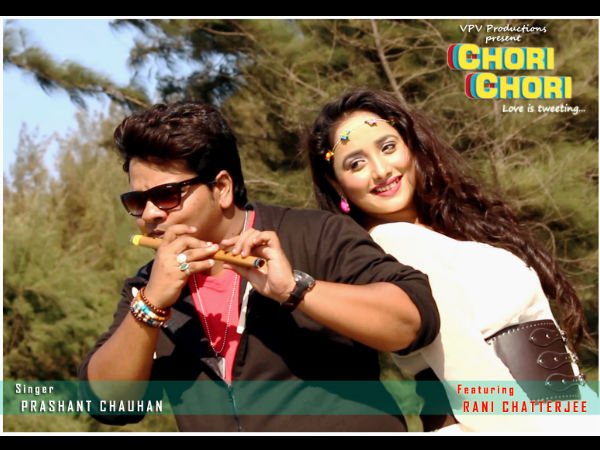 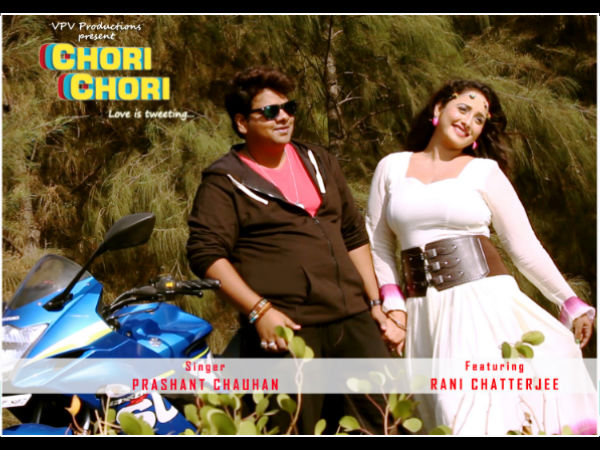 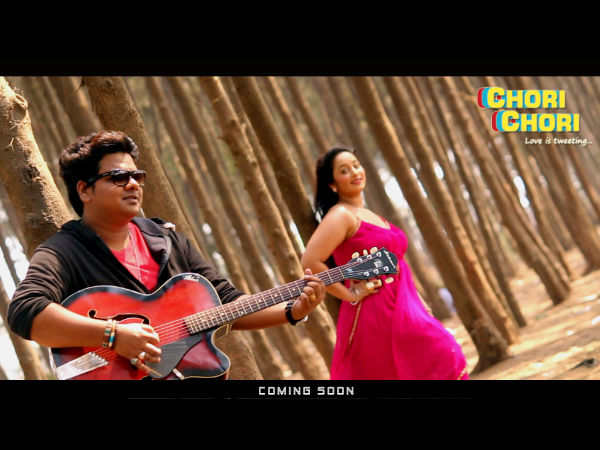 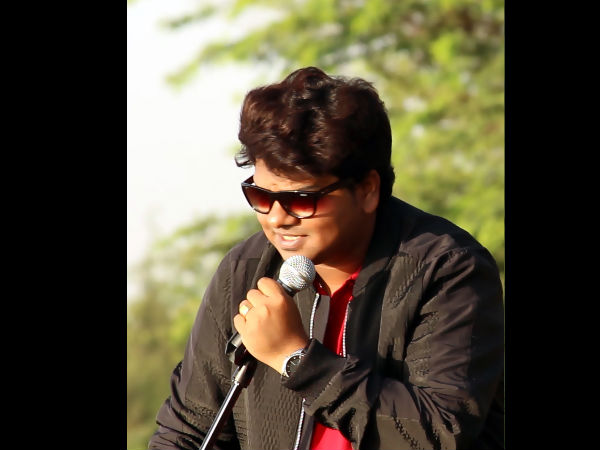 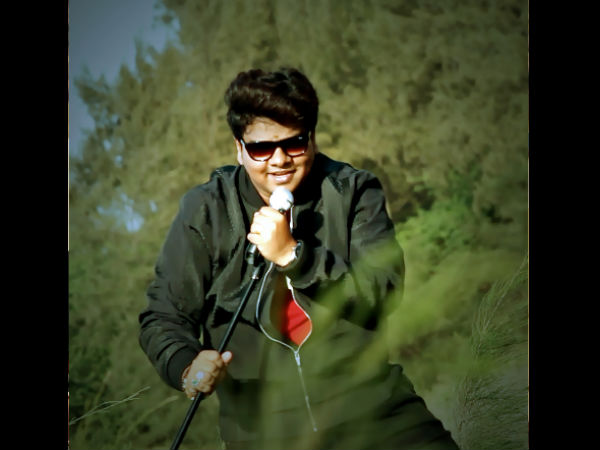