You all must be aware of the fact that Abhishek Bachchan was the first choice for Paltan, but after giving his nod to the film, the actor opted himself out and it left the director J P Dutta miffed! For the uninitiated, J P Dutta had launched Abhishek Bachchan in Refugee and even worked with him in Umrao Jaan and LOC Kargil. While promoting Manmarziyaan, when Abhishek was asked to comment on his sudden exit from Paltan, here's what the actor had to say.

"I was obviously doing Paltan and for personal reasons, I had to bow out of the film. It was devastating for me because it's JP saab. He didn't only launch me but he has been like a mentor, a family to me."

"He is somebody I love immensely and I really wanted to be there for him especially when he was going on this journey because he was making a film after so long. But it was heartbreaking for me to not be able to stand by him during the making of the film."

Abhishek Was All Praises For Paltan

While praising the trailer, he said, "The promo is fantastic. I am really looking forward to it. It's coming up on the seventh and I am really excited about it.

I have always wished him the best and I am always there for him and he knows that. Our relationship goes much beyond than making films. I will be the first person in the cinema to see it."

"Of course, I have spoken to him. I messaged (him). I tweeted about it. He is the best at what he does. I am partial and I am biased. I will always be and unabashedly so," said Abhishek.

On the work front, Abhishek will be next seen in Manmarziyaan. The film is all set to hit the theatres on September, 14. The film is helmed by Anurag Kashyap and it also casts Taapsee Pannu and Vicky Kaushal. 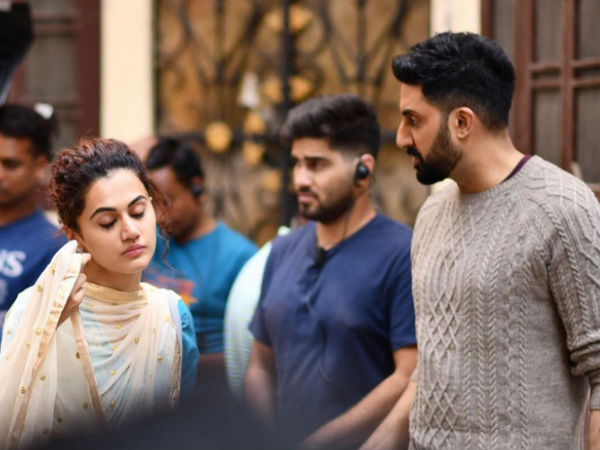 Taapsee On Abhishek: He Is Big B's Son But He Has Proved Himself As An Actor