Just one day before Zero's release, actress Anushka Sharma wrote an emotional message for her co-star Shah Rukh Khan and shared it on her Instagram. Anushka made her debut in Bollywood exactly a decade ago with Aditya Chopra's Rab Ne Bana Di Jodi, starring with the Badshah of Bollywood. Realizing that this is her fourth film with Shah Rukh, the actress got emotional about this and wrote a touching message to him.

Anushka's message to Shah Rukh Khan read, "Zero is a beautiful coincidence for me. I realised this very recently and I had to put it out. I started my career with you, Shah Rukh, and it's really beautiful that on my tenth anniversary as an actor, we are releasing a fourth film together."

Starting with Rab Ne Bana Di Jodi, Anushka Sharma went on to star opposite Shah Rukh Khan in Jab Tak Hai Jaan and Jab Harry Met Sejal. Now she is all set to release her fourth film with him, Zero, which will be hitting theatres tomorrow.

Talking about working with Shah Rukh, Anushka wrote, "I would like to say that you are the most giving actor that I have worked with. It is strange and beautiful that I have done some of my most challenging works with you. In the journey of our four films, I have seen myself grow and I have seen you being there and showing the same enthusiasm and support for me to shine."

Zero is directed by Anand L. Rai and stars Anushka and Shah Rukh along with Katrina. About Zero, Anushka wrote, "Zero is a labour of love for Aanand L Rai, Himanshu Sharma and Shah Rukh and it is incredible that they have dared to dream, dared to think that they can create something so spectacularly new. It is one of my most challenging roles and thank you Aanand L Rai for believing in me, for letting me create Aafiya on screen. She is an embodiment of strength, happiness, resolve and love and I am so proud to present this incredible person to you."

To this endearing message, Shah Rukh Khan replied, "My Taani, Akira, Sejal, Aafia & Friend. I am privileged to have worked with u. U make me a better actor. Love u." (sic)

My Taani, Akira, Sejal, Aafia & Friend. I am privileged to have worked with u. U make me a better actor. Love u. https://t.co/wJwUxeaRK8

We wish the Zero team the very best. We hope they knock it out of the park! 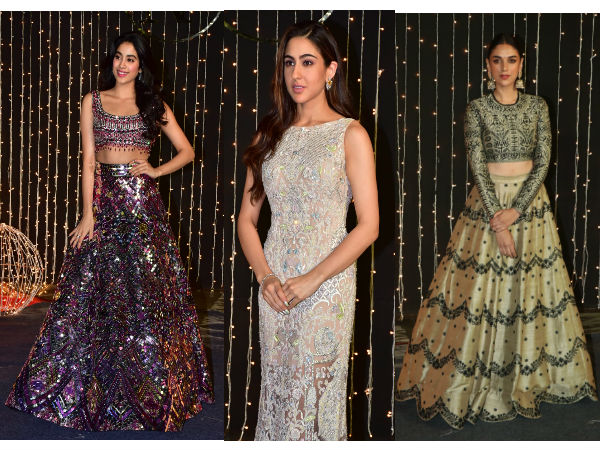 MOST READ: Pics Of Celeb Entries To NickYanka Reception Will FLOOR You!