Farah Khan India's most famous choreographer turned filmmaker. She is very close to Shahrukh Khan and have worked with him in many films.

But did you know that she was offered the biggest hit of Shahrukh's career, but she had rejected it. Yes, you read it right, Karan Johar in his TV show recently revealed that Farah Khan is so professional that she even rejected a movie like DDLJ.

As per a leading news agency, Karan Johar said, "I love Farah. She is so professional and determined with what she wants. I remember we were shooting for DDLJ when (filmmakers) Yash Chopra and Aditya Chopra personally called for Farah to choreograph all the songs."

But She Refused The Project

"It's everyone's dream to work with these two biggies at some point in their careers and Farah was getting this opportunity at a very early stage. She refused to take up the project as she had committed to do a Marathi film. That's the level of commitment she has," he addee. The film's team later shot for the song "Ruk ja o dil deewane" in India for which Farah was roped in. Read some more interesting facts about the movie below.

Shahrukh Had Said No To DDLJ

According to Miss Malini, ''Everyone thought Shahrukh Khan would love the script of Dilwale Dulhania Le Jayenge and would agree to do it. However, he initially said no! He liked the script but didn't want to do a romantic film.''

Later He Said Yes Cos Of

He thought he was too old (he entered films at 26) and not "typically" good-looking enough to pull it off. But he eventually accepted the role because of his "faith in Adi and Yashji" and because Yash Chopra told him he'd never be a big star if he didn't do a romantic film.

Shahrukh Khan insisted on a little action/violence in the film, even though Aditya Chopra and Yash Chopra weren't fans of action sequences. SRK, it seems, used to say that DDLJ was a hit because of the inclusion of bloodshed in the film, however little!

After watching the film, Shahrukh Khan told Yash Chopra that this film is his Deewar - the one that's going to make him.

The classic "aao, aao" scene with SRK and Amrish Puri feeding pigeons is apparently completely impromptu. The dance steps with the table cloth in Ruk Ja O Dil Deewane was done in one take - Shahrukh got it right the first time!

SRK Thinks He Is Very Similar To Raj

Shahrukh says that before he did the film, he didn't really think he was like Raj. However, over the course of shooting, he discovered that he was very similar to Raj. His exact words are, "I think 90% of the character of Raj is like me. So ya, if girls think they can't find Raj, they can always call me." I've died, I think. 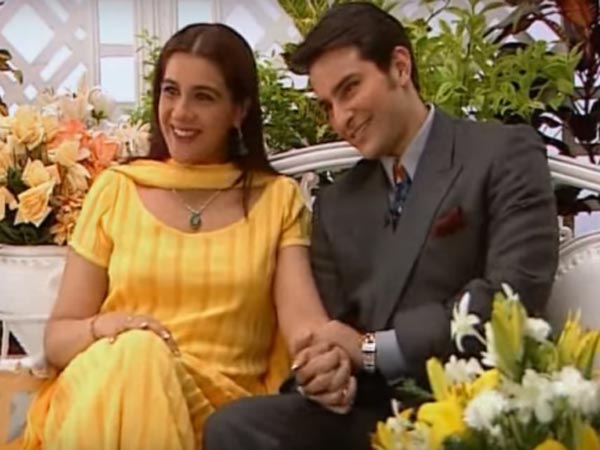