The moment for which everyone had been waiting for is finally here! After months of speculations, Priyanka Chopra and Nick Jonas have finally made their relationship official with this picture from their roka ceremony, which happened this morning at PeeCee's bungalow in Mumbai. 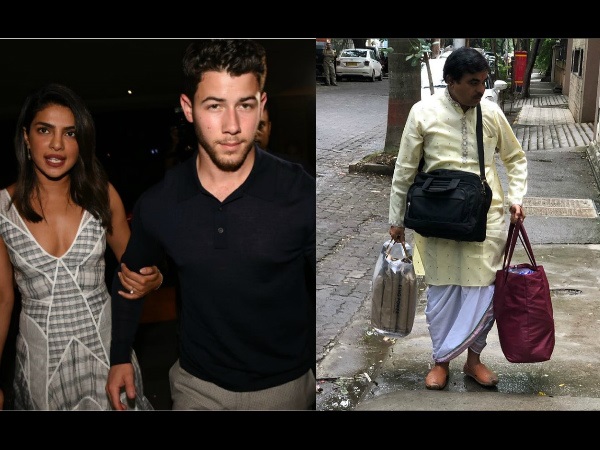 We got our hands on the first picture of Priyanka-Nick from their roka ceremony where Priyanka looks beautiful in a yellow Abu Jani Sandeep Khosla Couture. Nick, on the other hand, looks handsome in a cream-white sherwani. Don't they look adorable together? Check out the picture here!

A few hours ago, we had shared the news about Priyanka's family panditji arriving at the Chopra mansion for the roka ceremony and the puja. Post that, PeeCee's cousin sister Parineeti Chopra and close friends Mustaq Sheikh and Shristi Bahl Arya were spotted arriving for the roka ceremony.

The roka ceremony was held near the balcony of Priyanka's bungalow. For the lunch, post the roka and the puja, the cuisine will be Punjabi.