One of the most beloved comedy actors, Govinda, turned 55 today, and we have pictures of his celebrations. Govinda was the king of comedy acting during the 90s in Bollywood. Although he might be struggling today, this actor has carved his name as Hero No 1 not only in the Bollywood film industry, but also in our hearts. Take a look at Govinda's birthday celebrations with his family and friends today. They are sure to make you nostalgic for your old time favourites of this adored actor's movies.

Govinda Visits Siddhivinayak Temple On The Occasion Of His Birthday

Actor Govinda visited the Siddhivinayak Temple on the occasion of his birthday today with his wife Sunita Ahuja and daughter Tina Ahuja. Govinda can be seen returning from the temple visit in this picture. He was surrounded by fans who were wishing him a very happy birthday and trying to take pictures with the star.

The Birthday Boy With His Family

Later in the evening, Govinda's family arranged a small party for him. Invited were just his family and a few of his closest friends. Govinda was wearing a white kurta - pyjama set with an orange Nehru jacket over it. Govinda's fashion choices reflect the bright and fun loving nature of the actor. Govinda's wife and daughter both were dressed in black and they looked beautiful. His wife Sunita Ahuja was wearing a black full length dress while their daughter Tina was looking gorgeous in a black peplum off - shoulder dress.

Govinda Feeds Cake To His Wife In A Tender Moment

Govinda cut a white and pink two tiered cake with rose icing decorations all over it. He is caught sharing a tender moment with his wife as he feeds her a piece of the birthday cake after he has cut it. His daughter Tina claps joyfully.

Tina lovingly dusts something off of Govinda's chin as he beams at his guests. This beautiful moment between father and daughter symbolizes the way we feel about Govinda. We absolutely love him.

Actor Ranveer Singh, who is a self - confessed huge fan of Govinda, posted a picture of the two of them at Priyanka Chopra and Nick Jonas' reception. Ranveer captioned the photo "Hero No 1" with a heart emoji. The two of them worked together in the romantic action comedy film Kill Dil which had released in 2014.

Actress Raveena Tandon too instagrammed a picture of herself and Govinda from the reception. She captioned it "Happy birthday @govinda_herono1 no one, just no one can ever be you, bringing laughter and joy to all, lotsa love and the warmest wishes always!" (sic). 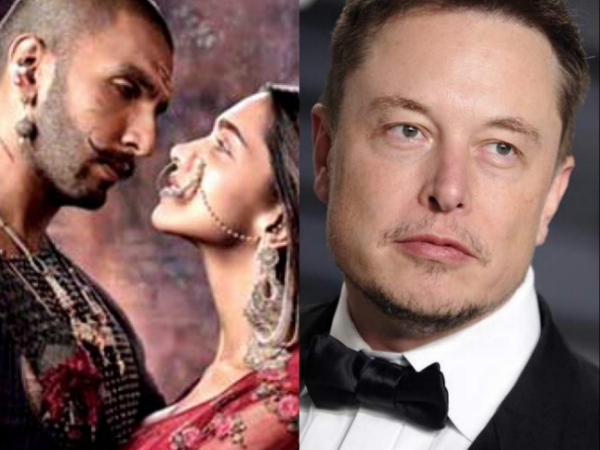 Happy birthday 🎉🎉🎉🎉 🎂@govinda_herono1 no one, just no one can ever be you, bringing laughter and joy to all, lotsa love and the warmest wishes always !