Few months back, it was reported that Anurag Basu is planning a sequel to his 2007 critically acclaimed film, 'Life In A Metro'. Since then, there have been constant speculations about the film's cast. More recently, there were media reports stating that Parineeti Chopra has opted out of this sequel citing 'unavailability of dates.'

However, these reports ain't true! The actress took to her Twitter handle to set the record straight that she has not opted out of anything. Moreover, director Anurag Basu too slammed these rumours clarifying that she was never the part of it in the first place.

Parineeti Requests People Not To Speculate

The 'Namaste England' actress tweeted, "Guys please dont speculate on anything!! I will announce which film I am doing next myself."

'It's Extremely Disrespectful', Says The Actress

She further wrote, "It is extremely disrespectful and bad PR for the makers of that film. I have not opted out of anything."

Director Anurag Basu too clarified that Parineeti was never a part of the film. He posted on his Twitter page, "Opt out!!!?? Hehehe this is so funny When was she In!? @ParineetiChopra @Bollyhungama"

What's Next On Parineeti's Platter?

Parineeti's last release was Arjun Kapoor starrer Namaste England which failed to leave up to the expectations. The actress has Akshay Kumar's Kesari where she essays the role of his wife. She is also reuniting with her 'Hasee Toh Phasi' co-star Sidharth Malhotra for Jabariya Jodi. 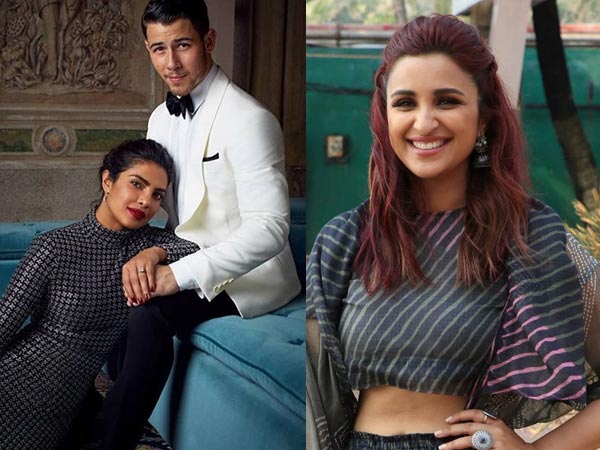 Parineeti Chopra On Priyanka-Nick's Wedding: I'm Going To Be The First Person At The Gate, Dancing