Priyanka Chopra and Nick Jonas' dreamy wedding has taken over all our timelines on social media. Right from the inside details to drop-dead gorgeous pictures from their wedding album, the 'NickYanka' fever is everywhere.

Honouring both, western and Indian traditions, the couple tied the knot on 2nd and 3rd December at Umaid Bhavan Palace in Jodhpur, Rajasthan. Before that, PeeCee and Nick got engaged in a roka ceremony in Mumbai in August. Recently while speaking to People magazine, Priyanka opened up about her plans of embracing motherhood.

When quizzed about starting a family, newlywed Priyanka told People magazine, "I always say, ‘Man proposes, God disposes.' We definitely want kids, and when the time is right, it will happen."

'We Are In Our Honeymoon Period Right Now'

She further added, "Let us be married first for a while before we have to make all these big decisions. We're in our honeymoon period right now and we will be for a very long time."

For Nick, The Emotions Were Running High During The Wedding Ceremonies

"The emotions were running high during the ceremonies, I think especially during the Western wedding for me. You know you think your whole life about that moment. Honestly, I could not have imagined it would be as perfect as it was. It was highly emotional."

Priyanka Reveals Her Most Special Moment From The Wedding

"The most special moment was when the curtains opened and I saw him at the altar and life was okay in that moment," the actress told NDTV.

Priyanka Gets Candid About Her Outfits From Christian & Hindu Weddings

"I wanted something unique. Both the dresses- red and white - were personalised for me... I wanted the longest veil in the world and I got that. The outfits were personal choices." 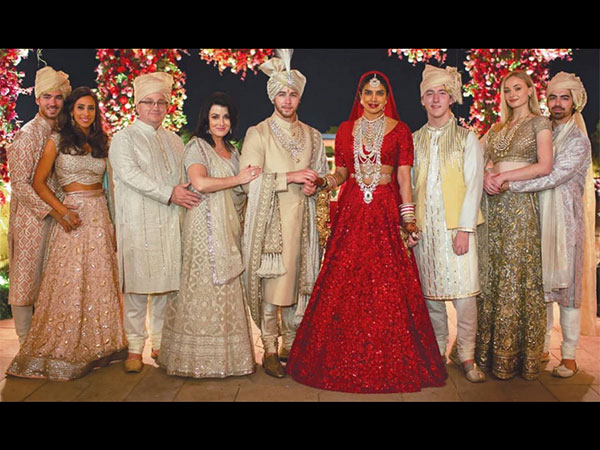 Priyanka Chopra- Nick Jonas' Hindu Wedding Ceremony: It Was A Royal Affair & These Pics Are A Proof!