Rishi Kapoor is currently in New York undergoing medical treatement and has his son Ranbir Kapoor and wife Neetu Kapoor by his side. The veteran actor has been getting a lot of visitors there including Anupam Kher, Ranbir's alleged lady love Alia Bhatt, Sonali Bendre, Priyanka Chopra to name a few.

Of course, Rishi makes sure that he shares pictures with them on his social media to keep his fans updated about what's happening in NY. Meanwhile, Rishi recently had a wow moment when he and his son Ranbir bumped into Hollywood star Robert De Niro. Channeling their inner fanboy, the duo posed for a selfie with De Niro.

Later Rishi took to his Twitter handle and posted the picture. He captioned it as, "Wow moment. Impromptu meeting with Robert De Nero on 65th and 3rd. He knew Ranbir coz he had met him and Anupam and said come over with Kher for a drink! Simplicity and super stardom. I realized I have been such a bloody brat. Cannot get over his demeanor. Thank you Bob!"

Check out the picture here-

Ranbir and Neetu have been with Rishi through the month as he undergoes treatment but the exact nature of his ailment has not been revealed yet. Speculations were rife that he has been diagnosed with cancer. However Rishi's brother Ranbir refuted all those rumours. 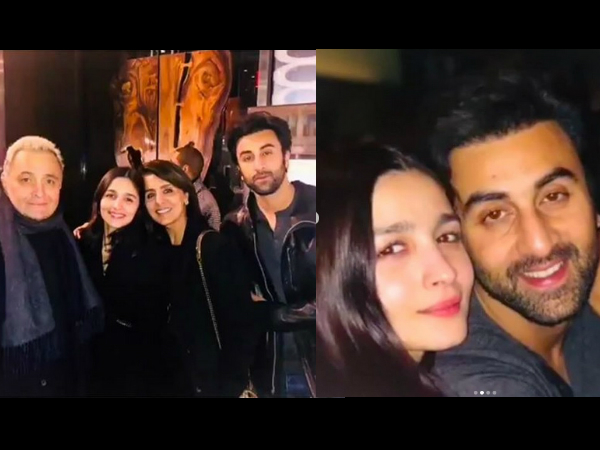 Speaking to Time Of India in early October, he had said, "We don't know yet what is the exact nature of his ailment. Rishi himself doesn't know what he is suffering from. He hasn't even started undergoing tests there; how can people speculate that he has cancer and that too, one that has escalated to an advanced stage."