Regarded as one of the finest actors of Indian cinema, Smita Patil never failed to woo the audience with her powerful acting chops. In the age of glamorous leading ladies, she was an actress whose eyes spoke volume and was the youngest star honored with a Padmashri. With memorable films like Mandi, Mirch Masala, Bhumika, Chakra, Arth amongst others, she was her entertaining best even in films like Namak Halal.

Speaking about how films happened to her, Smita had recalled in one of her interviews, "It just fell in my lap. I was working on television as an announcer and I started getting commercial offers. At first, I just kept looking down and saying no because I had no idea what the industry was. I was brought up very strictly. I was involved in social work and as a student I never saw films."

The actress was married to actor-turned-politician Raj Babbar, and passed away on 13rd September, 1986 at the age of 31 due to some complications, barely two weeks after giving birth to son Prateik Babbar.

Smita's mother Vidya recalled in an old interview with DNA, "Use bachchapan se khwahish thi maa banne ki. All she wanted was a small house, a loving husband and children. After her delivery she wanted me to be near her so that I could look after the baby (Prateik). But she fell ill and had high fever.

That fateful night there was no electricity and the telephone was not working. There was nobody at home when she vomited. It suggested internal bleeding. She didn't want to leave Prateik and went to the hospital reluctantly. On the way she fell unconscious. If there is an Ishwar, I want to ask him why He did this to her. Kyun chalee gayee woh kachche mod par (why did she leave at such an incomplete turn)?"

Today on her 32nd death anniversary, Raj Babbar posted emotional note for his late wife along with a picture. He wrote, "Nature gave you such a short span, yet you lived such a fulfilling life. Your journey may have finished but the memories get enriched every single day. Remembering, Smita. It's been 32 years that you left for another world this day. To absorb this, is still difficult."

Nature gave you such a short span, yet you lived such a fulfilling life. Your journey may have finished but the memories get enriched every single day.

Remembering Smita.
It's been 32 years that you left for another world this day. To absorb this, is still difficult. pic.twitter.com/0wYQsa6njl

Actress Paoli Dam too remembered the late actress and tweeted, "A gracious and versatile actor I've looked up to always and grown up watching and loving her films. She left us too soon but her contribution to Indian films will be etched in the memory of cine lovers forever! Remembering #SmitaPatil on her death anniversary!" 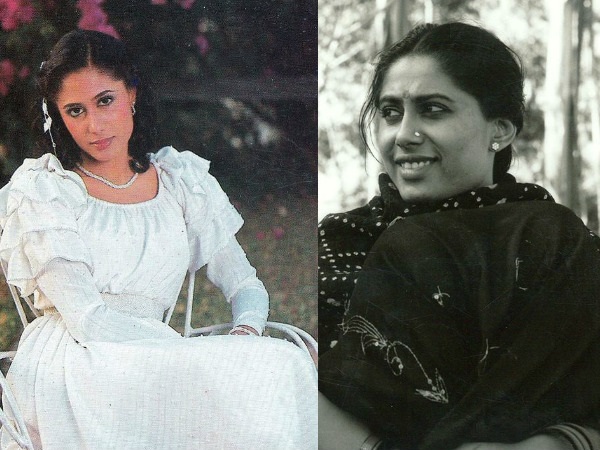 Smita Patil's 63th Birth Anniversary: The Cinema Goddess Who Dazzled Like No Other