From her fans across the globe to her family members and friends from Bollywood, everyone is trying hard to digest the fact that the Sridevi is no more. Recently, her childhood friend Pinky Reddy spoke to Mid Day about her unfortunate demise.

She revealed that Sridevi was not well when she left for Mohit Marwah's wedding and was taking antibiotics.

I Have Lost My Sister

She told the daily, ''I have lost a sister," says Pinky Reddy, remembering her childhood friend Sridevi. The two met when the actor was all of eight years old and went on to become close friends. One to know the woman behind the larger-than-life superstar, Reddy has been witness to it all - from Sridevi's steady rise as a South actor to one who captured the imagination of the entire country.

"My father was one of the co-producers of Chandni (1989), so I have seen her professional rise. It [her demise] is shocking. We are devastated," says Reddy.

She Was On Antibiotics

She reveals that the actor wasn't in the best of health when she left for Ras Al-Khaimah last week to attend nephew Mohit Marwah's wedding. "I spoke to her the day she was leaving for Dubai. She was down with fever and was on antibiotics. She was feeling tired, but she said that she has to go for the wedding."

I Am Hurt & Angry

The speculations surrounding her death have left her disturbed. "It hurts me that people are making her death into such a joke. The messages [being circulated] make me angry.''

''People are saying that she underwent liposuction and took fat burners. Why can't people remember the good things about her instead of talking about all this? After she has gone, how can they even utter such mean and vile things? I spoke to Boney [Kapoor] yesterday, he is shattered."

Boney & Sridevi Were Madly In Love

Dismissing mischievous rumours that the couple had been facing a rough time, Reddy clarifies, "They were such a lovey-dovey couple. I doubt if they ever had fights. They were in love and were so happy together. Such things shouldn't be said at such an unfortunate time."

The Last Time I Met Her

"She had specially flown down to Hyderabad for two hours to attend my daughter's baby shower [last November]. Can you imagine that? That was the last time I saw her."

Those Who Have Come Late

Sridevi passed away after slipping in the bathtub of her hotel room in Dubai. 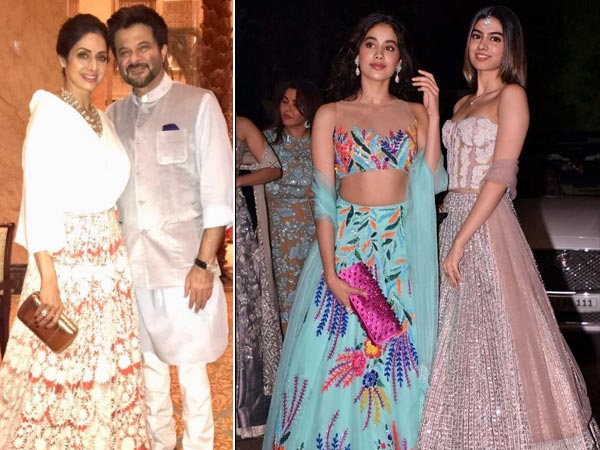