Finally, it's happening! After months of rumours, Priyanka Chopra and Nick Jonas have made their relationship official with a roka ceremony today. The couple will throw an engagement bash later tonight for their family and close friends. Nick, who is an American singer, arrived in Mumbai yesterday (17 Aug) with his parents, Denise and Paul Kevin Jonas Sr.

The pictures of their roka went viral on the internet and #PriyankaNickEngagement has started trending. After seeing the inside photos, twitteratis could not stop themselves from praising Nick, who was dressed in an Indian attire and was seen performing Indian rituals with Priyanka. Here are some of the best responses from the lot.

While other actresses are desperate and busy marrying abroad our Global Superstar @priyankachopra brought @nickjonas to India for engagement n that too with all Indian rituals, truly a DESI GIRL❤ #PriyankaNickEngagement 💑❤❤❤❤❤

Loving someone and accepting their heritage is nice, but actually making a genuine effort to embrace their culture and learn their customs is SO PURE AND WONDERFUL #PriyankaNickEngagement ♥️♥️♥️♥️♥️

Gotta respect Nick and his parents. It's so nice that they came all the way to India to celebrate with Priyanka's family and take part in all the hindu rituals. It's what Priyanka deserves 👏💕#PriyankaNickEngagement

While other celebs promote wedding in other countries like anushka virat , neha angad and dp ranveer .. priyanka brought her american boyfrnd to india 😁 this shows her true indian heart no matter wtv ppl say she is always gonna be indian at heart #PriyankaNickEngagement 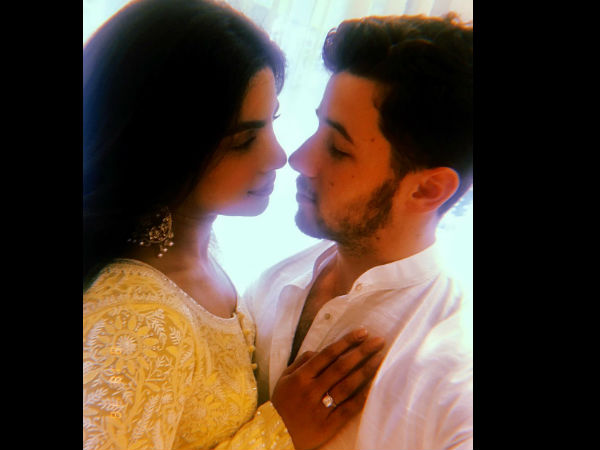