The trailer of Shahrukh Khan's Zero dropped in on birthday which was followed by a huge launch party. At the trailer launch event, King Khan even cut his birthday cake there along with the media and his co-actors and indulged in some candid conversation and fun. Meanwhile, the recently released trailer has been garnering immense love and appreciation across quarters.

Revealing his favourite character, Shahrukh Khan said, "My favourite character is Babita Kumari which is Katrina's character, because she got to play a superstar on screen". He shared how he wanted to be treated like a star, with a crowd around him and dressed up in expensive clothes.

Katrina, on the other hand, felt that it was Afia, Anushka's character with cerebral palsy that was the most beautiful. She even revealed that she cried when she read about the role and and after hearing the script, she was like, 'let me do it'.

Anushka revealed that she actually loved Bauua Singh the most for his rebellious nature and the courage to stand up to his parents.

When the trio finally turned to the filmmaker and asked him the same question. Surprisingly, he confessed that the rocket shown at the end of the trailer was his favourite, shocking the three actors. 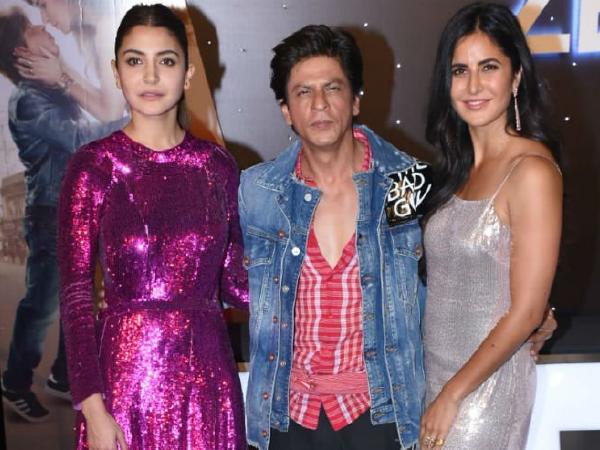