Bollywood actress Kriti Kharbanda is really excited for her next release Yamla Pagla Deewana Phir Se. The movie is all set to hit the screens tomorrow, Aug 31. In a recent interview to a daily, the actress revealed that out of the three Deols, she enjoyed working with Dharmendra the most. She also revealed a funny incident where she had to take a Vodka shot to be able to shout at the legendary actor for a scene.

Talking about Dharmendra, Kriti said, "That man is energy. He lives movies. You look at him and you don't want to complain. The charm, the persona that he has, makes even a Salman Khan think to himself that 'At 82, I want to be able to do that.''

Was It Difficult To Shoot With Dharmendra?

"I was really scared. The scene required me to be a little high. So I actually had a vodka shot to feel a little normal about doing it. I couldn't have done it otherwise. But as an actor, if I don't know how to hold my own ground, I'll never survive here, I'll never be successful.''

‘Deols Never Tried To Intimidate Or Overshadow Me'

"It's the people who make you comfortable and the Deols have never tried to intimidate or overshadow me. We hardly shake hands or hug. Sunny Sir, Dharam Sir always keep their hand on my head instead. When someone does that to you, how can you not feel at home?"

‘I Was Treated So Well'

"I was treated as well as a Sunny Sir or a Dharmendra Sir on sets. In fact, we had no culture on the set of going and sitting in the vanity van. No one did it. There was no differentiation. Everyone had the same food. Even if it was coming from home, it would be for everyone.''

Kriti Said A ‘Yes' Only After Reading The Script

"You can offer someone a really big film, and I am not saying that I won't do it, but as an actor I have every right to know what I am going to be a part of and what is going to happen with my character in the film. I sat overnight. It took me over three hours to go through the entire thing. Even if it was just a song-and-dance film, I would have done it, but I really liked the script.'' 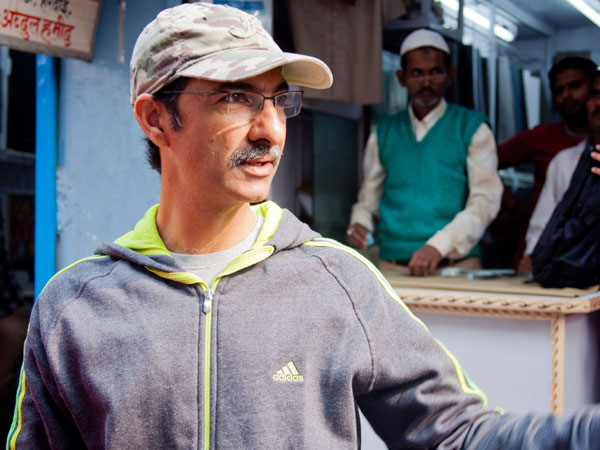 Also Read: Exclusive! Habib Faisal Opens Up About Too Many Biopics & Period Films Being Made In Bollywood