Aamir Khan has always impressed us with impeccable acting in films. The superstar who has been entertaining us with films over the last three decades, has also broken many box office records. Meanwhile, time and again, there have been rumours doing the rounds about Aamir Khan's son Junaid making his debut in Bollywood.

Like most star kids, is papa Aamir planning to launch Junaid in Bollywood? Here's what the actor had to say when he was asked about it when he was interacting with media folks on his 54th birthday.

The superstar said that the decision lies with Junaid. He revealed that Junaid is doing theatre and has inclination towards joining the film industry.

Aamir Says Junaid Should Take His Own Decisions

Aamir said, "I think it's up to him. He should lean his own life and take his own decisions. He is inclined to the creative side, he is doing theatre."

Will Aamir Cast Junaid In Remakes Of Any Of His Films?

To this, the actor replied, "I don't want to do a remake.. but in case we see a film that can be remade and he is appropriate for the role then you never know."

Aamir On Comparisons Between Junaid & Him

Earlier on Koffee With Karan, Aamir had said, "I think Junaid wants to be in films. He wants to act, he also wants to direct and make a film. I warned him that he has chosen a tough path. He happens to be my son and there will always be comparisons. It'll be probably tougher for him."

He had emphasised that though he is supportive of Junaid's dreams, he will be brutally honest if his son is not a good actor. He had added that he will not "actively do anything to support" Junaid if he is not deserving. 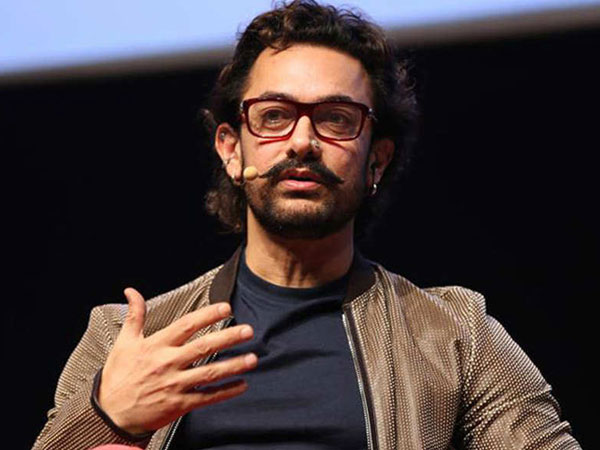 Aamir Khan REVEALS The Reason Why He Turned Down Saajan & 1942: A Love Story!