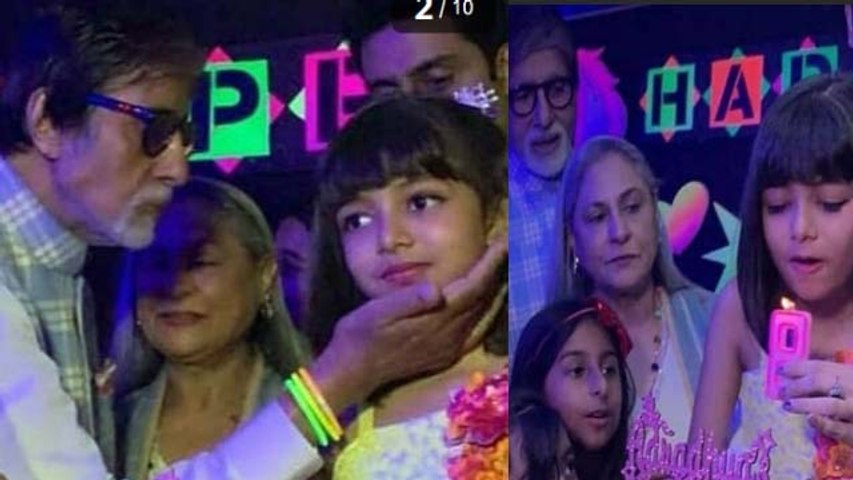 Abhishek Bachchan and Aishwarya Rai Bachchan's doting daughter Aaradhya turned eight on Saturday. The little one celebrated her special day in style as her parents played a perfect host to a fun-filled evening. The party was a star-studded affair with celebrities like Shah Rukh Khan and Gauri Khan along with their son AbRam, Karan Johar with his twins Yash and Roohi, Riteish Deshmukh and Genelia Deshmukh with their kids and many others, dropping in to wish the birthday girl. Aaradhya's grandparents, Amitabh and Jaya Bachchan and aunt Shweta Nanda too were spotted having fun at the bash.

We bring you some sneak-peek from Aaradhya's star-studded birthday celebrations and we bet, you won't stop drooling over them.

Make Way For The Birthday Cake

The birthday girl can't take her eyes off the unicorn birthday cake which looks every bit yummy.

Aaradhya is seen here blowing a '8' candle and making a birthday wish as her grandparents Amitabh and Jaya and her friends cheer for her.

The birthday girl looked pretty in a pink ball gown with an extended flower. She is seen posing here with her mother Aishwarya and grandmother Vrinda Rai.

Big B Showers Aaradhya With Love

We came across a picture where Big B is seen adorably holding Aaradhya's cheek.

The superstar even took to his blog to write about the birthday celebrations, "The child grows up .. and celebrations keep in growth too .. for long have the traditions of the British been kept in place .. that of the cake .. I presume that a cake was a rarity during the time of the inception of this tradition .. so it became a rarity and hence to be brought about on special occasions .. the candle and the number of them for age and its blowing has remained for too long.."

Abhishek Bachchan looked cool in a yellow tee and is seen posing here with wife Aishwarya and their friends in this picture.

Do We Hear A Film Announcement Soon?

We chanced upon a click where Shah Rukh Khan, Karan Johar and Amitabh Bachchan are seen engrossed in a conversation.

This Is So Much Fun!

Later, Abhishek, Aishwarya and Aaradhya all took turns to ride the giant Ferris wheel which was placed in the gardens of Jalsa. 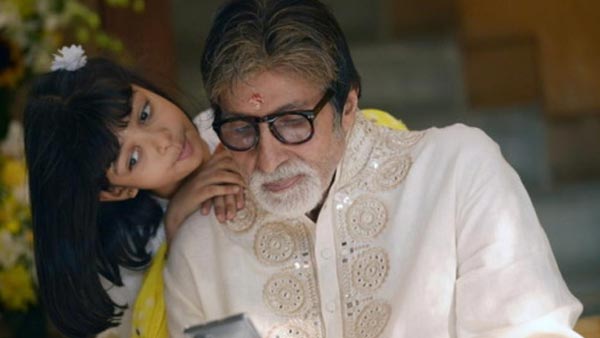 Amitabh Bachchan Posts Pictures With Aaradhya After Being Discharged From Hospital! 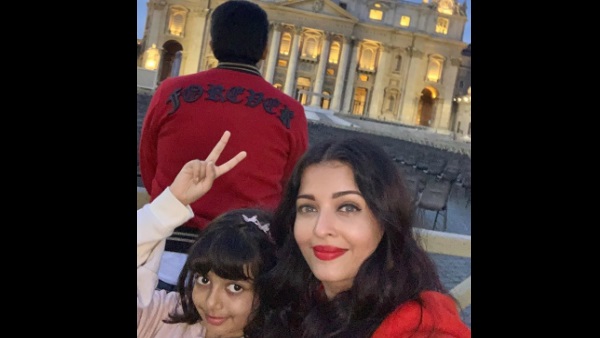 Aishwarya Rai Bachchan's Birthday Celebrations Is All About Love Forever!