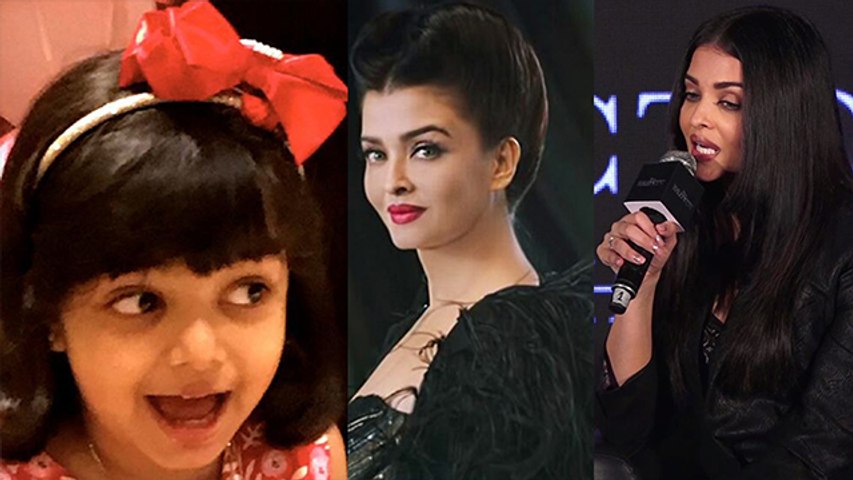 Aishwarya Rai Bachchan is supremely excited for Angeline Jolie starrer Maleficent: Mistress of Evil and why not? The actress has dubbed the Hindi version of the Disney film and earlier today, she graced the Hindi trailer launch of the movie. Donning an all-black look, Aishwarya looked every bit stunning. At the event, Aishwarya, who has given the voiceover for Angelina's character, who plays the lead role, revealed how her daughter Aaradhya reacted to her trailer.

Aishwarya revealed, "Aaradhya happily asked, 'Oh! You playing Maleficent!' and I said, 'No, I am dubbing for it.' She enjoyed the first one, I am sure she will love the second one too."

Speaking of dubbing for a film for the first time, Aishwarya said, "This is the first time when I am not playing the character but dubbing for some other artist. I actually got into it completely, that's another reason I did it."

At the same event, when Aishwarya was asked if she has ever met Angelina Jolie, she said, "I missed meeting her in South Africa when she attended IIFA Awards and presented the award to me with Shah Rukh Khan for Hum Dil De Chuke Sanam."

Aishwarya further revealed that they met at the Cannes Film Festival but didn't have a long conversation.

On the work front, Aishwarya Rai Bachchan will be seen next in Mani Ratnam's Ponniyin Selvan. Speaking of the project, the actress said that she doesn't believe in revealing details about the film before even kick-starting work. However, she's very excited to begin the shoot and to collaborate with the maverick director, whom she considers her 'Guru'.