Ekta Kapoor just became a new mother with the birth of her son Ravie, a few days back. It is Ravie's naming ceremony today and many Bollywood celebs are attending the event. Abhishek Bachchan, Shweta Nanda Bachchan, Karan Johar and his mother Hiroo Johar, Swara Bhaskar, Tusshar Kapoor and many others made it to the ceremony. Check out the pictures!

Abhishek's sister, Shweta Nanda Bachchan accompanied him to Ekta Kapoor's son's naming ceremony. She looked cool in a white top, over which she wore a navy blazer, and teamed it with jeans and pink shoes.

Tusshar Kapoor Is All Smiles At Baby Ravie's Naming Ceremony

Tusshar Kapoor was all smiles at his sister Ekta's son's naming ceremony. He sported a casual look in a black t-shirt and grey pants, and teamed it with white sneakers.

Baby Ravie's, grandpa, Jeetendra's face was lit with joy at the naming ceremony on Monday night. Ravie was named after Jeetendra's original name. Jeetendra sported a casual look in a black zip up jacket, and dark wash denims. 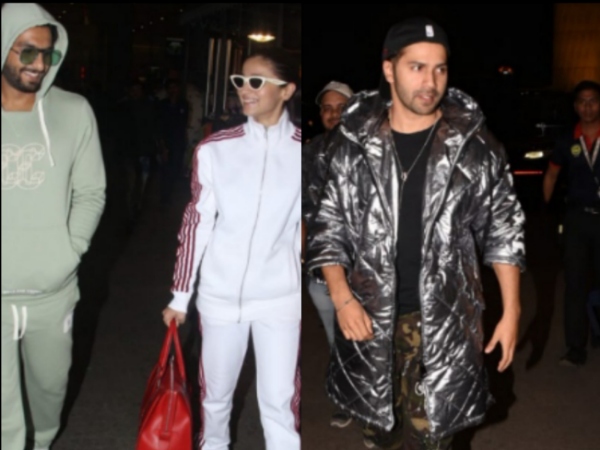 MOST READ: Ranveer Singh & Alia Bhatt Return From Berlin; Varun Dhawan Looks Like A Rock Star At The Airport