Killing, attacking and hurting people in anyway is wrong. Period! But cherry picking sides is wrong too. Pakistani actress Veena Malik mocked IAF pilot Abhinandan Varthaman every single day from his capture till his release and also mocked Indians, the Indian government and the Prime Minister Narendra Modi as well. She banged the war drums every day and wanted bloodshed across the border. However, Veena Malik has now rightfully condemned the New Zealand Mosque attack by saying "the whole world has to be one on this."

Veena Malik condemns the New Zealand Mosque attack and says that terrorism has no religion.

Naeem Rashid, a Pakistani citizen who was present at the Mosque in Christchurch, tried to apprehend the attacker but sadly succumbed to his wounds and lost his life. Even his 18-year-old son Talha Naeem lost his life in the cowardly attack. Veena Malika paid tribute to Naeem Rashid and his name was trending on Twitter.

Veena Malik tweeted that everyone needs to stand up against terrorism of all sorts.

As sad and disgusting as it might sound, Veena Malik is constantly poked fun at the Indian armed forces on her Twitter handle and also called IAF Pilot Abhinandan Varthaman Pakistan's "Pigeon". 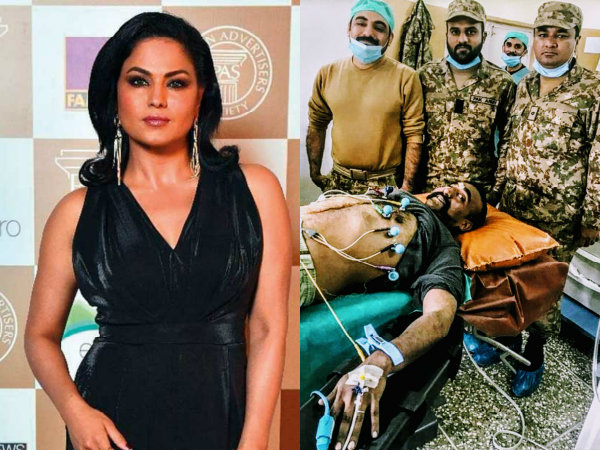 I mean seriously...!!!
India Has become a joke to The World on conducting a fake and plotted publicity stunt...!!!

And By the way what point India Made🤔 by killing those Oh So Beautiful innocent Trees😢😭😂 https://t.co/xe0bovg0y2

Shame😂.....
For Serving Abhi Nadaan Tea n Saving him from Being lynched🤔
By The way Brave soldiers Choose to Die They Don't surrender...!!!
We are Returning Ur BRAVE🙄 Back!
Plus Yes I gave Bollywood Alot of Business n TRPs...Thank Me😎 https://t.co/Njoa0GTrKO