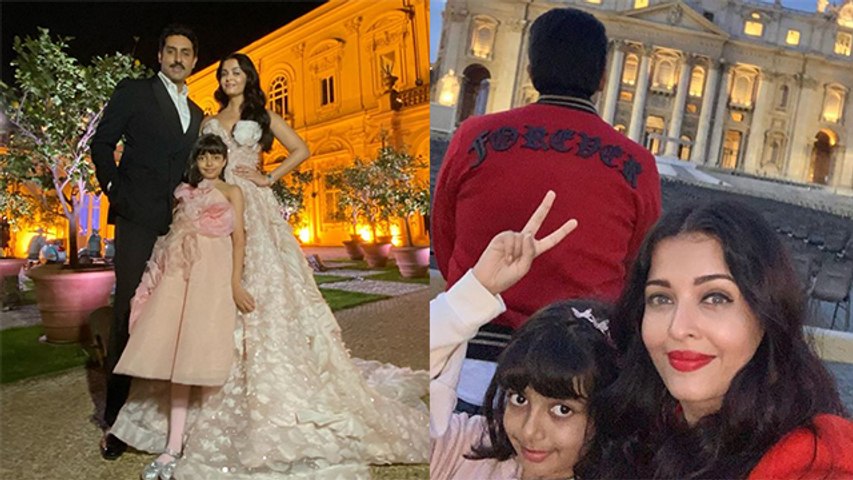 Instead of a lavish birthday bash, the gorgeous Aishwarya Rai Bachchan celebrated her 46th birthday with some family time in Rome, Italy, this year. The actress made some special memories with her hubby Abhishek Bachchan and daughter Aaradhya.

She later treated her fans with some stunning clicks from the Italian landscape which left everyone asking for more. Have a look at the pictures here.

Make Way For This Perfect Frame

Aishwarya Rai Bachchan shared a picture where she is seen posing with daughter Aaradhya while Abhishek has his back towards the lens. However, it's the caption on his jacket which steals the show.

This Looks Straight Out Of A Fairy Tale

Before this, the former beauty queen posted another picture where she looks stunning a pale pink gown. Her daughter Aaradhya is seen twinning with her in a ruffled pink outfit. On the other hand, Abhishek paints a dapper picture in a black suit.

Good Looks Run In The Genes

Little Aaradhya looks every bit like a princess in this pretty one-shouldered gown.

It's All About Loving Your Parents

Speaking about films, Aishwarya recently lent her voice to Angelina Jolie's Maleficent in the Hindi version of 'Maleficent: Mistress of Evil'. The actress will be next seen in Mani Ratnam's 'Ponniyan Selvan'. 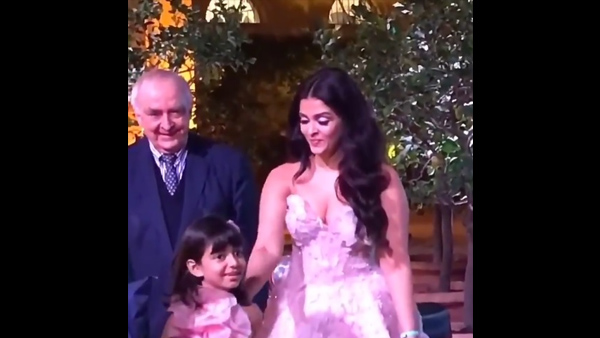