Recently, a picture of Aishwarya Rai Bachchan with her hubby Abhishek Bachchan strolling on a beach in Goa, became the talk of the town after many fans started speculating that the former beauty queen is expecting her second child.

Well folks, we now have it that these are mere rumours. Aishwarya Rai Bachchan's spokesperson has denied all these speculations regarding her pregnancy.

The Truth About The Viral Photo

Aishwarya Rai Bachchan's spokesperson was quoted as saying by Bollywoodlife, "It was the doing of a bad camera angle and nothing more".

Recently, Aishwarya revealed that she is in talks with a few producers for her next film. "Normally, when it comes to announcing my future projects, I leave it to the prerogative of my directors and producers. I have just very recently okayed a wonderful script and idea and character. So, I'll let them make the announcement," the actress said.

Will She Reunite With Abhishek Bachchan On-screen For This Film?

Speculations are rife that Aishwarya Rai Bachchan might share screen space with her hubby Abhishek Bachchan for Sanjay Leela Bhansali's Sahir Ludhianvi biopic. However, there is no official confirmation from the makers about this yet.

No Gulab Jamun For Abhishek-Aishwarya?

Abhishek and Aishwarya were supposed to star together in Gulab Jamun. But unfortunately, things didn't work out and the couple opted out of the film.

Before quitting the project, Aishwarya had earlier said in an interview, "AB and I have agreed to do Gulab Jamun. I told AB that he needs to decide what he wants to do after Manmarziyan. We had agreed on the idea then. However, it was around the same time that AB decided to take a time-out.

She had further added, "After the hiatus, he returned with Manmarziyan, which coincidentally is directed by Anurag Kashyap. That's when the chatter around Gulab Jamun began again, and we finally came on board. It is a beautiful script, and we fit the narrative perfectly."

Unfortunately, now we hear that the couple is no longer doing this film. 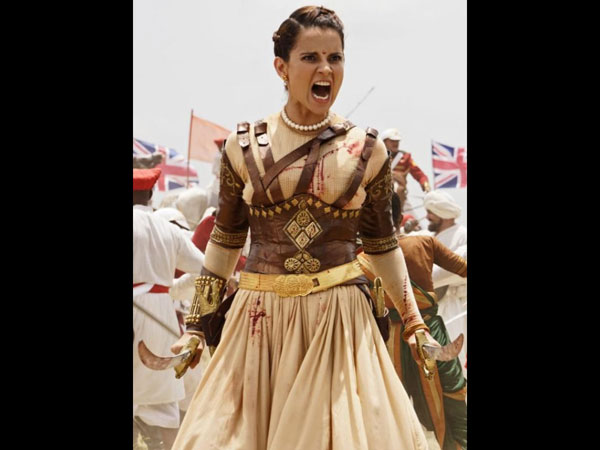 Kangana Ranaut Says She Deserves A National Award For Her Film 'Manikarnika: The Queen Of Jhansi'!