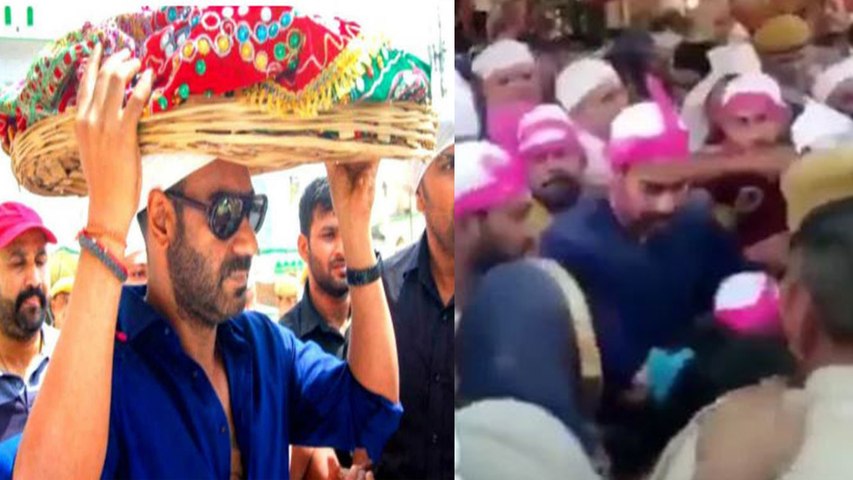 Ajay Devgn is one of the top-most actors in Bollywood who has been entertaining us with his acting chops for more than two decades. The superstar enjoys a massive fan-following and most of them can't wait to catch a glimpse of Ajay in real life.

Recently, the Bollywood superstar paid a visit to the famous Ajmer Sharif dargah with his son Yug to seek blessings. The news of the father-son visiting the dargah spread like wildfire and thousands of fans gathered outside the dargah to see Ajay and Yug.

A video is going viral on social media where Ajay in a white and pink saafa, is seen covering his head and making his way through the huge crowd. He is seen guiding his son, who is ahead of him. However, as soon as the mob starts pushing, the 'Raid' actor loses his cool and is seen reacting angrily.

Speaking about films, Ajay Devgn will next be seen in Om Raut's 'Taanaji: The Unsung Warrior', in which he will essay the role of Shivaji Maharaj's Tanaji Malusare, who played a crucial role in the Battle of Sinhagad. Saif Ali Khan plays the main antagonist in the film.

The actor is also a part of 'Maidaan', a sports biopic on Syed Abdul Rahim and 'Bhuj: The Pride Of India'. Besides these films, Ajay also has a cameo in SS Rajamouli's 'RRR'. 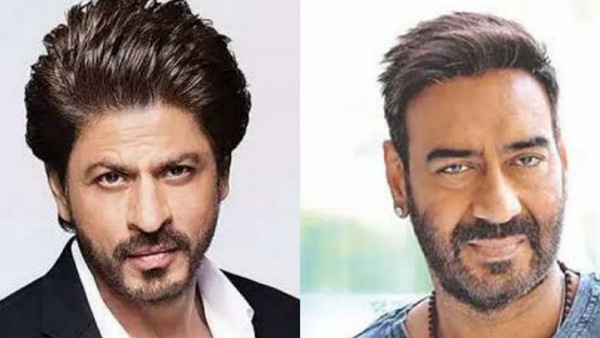