It's Kajol's birthday today. Just like most of us, the actress decided to begin her day on a lazy note. But her hubby Ajay Devgn had a rather quirky birthday greeting in store for her! He posted a picture of her relaxing on their balcony and tried to troll her with a funny caption. But Kajol being Kajol, had a hilarious comeback ready for her mister.

Check out their cute exchange here.

Sharing this picture of her actress-wife chilling, the 'De De Pyaar De' actor wrote, "Wake up! You do not need your beauty sleep, as yet."

Kajol Has The Last Laugh

The actress replied back, "Just found out Yug doesn't have school. Its holidays all around."

The Actress Is Fussy About Pictures

Earlier on 'Koffee With Karan', Ajay had shared that his wife Kajol is quite fussy when it comes to pictures. He had said, " Problem is not clicking the pictures. Problem is... three hours they are sitting and correcting them so they can post it."

Ajay Still Hasn't Figured Out What Attracted Him To Kajol

In an HT Brunch interview, the actor was quoted as saying, "I don't know what attracted me to her. Actually we both don't know what it was.... We began talking, then we became friends and eventually we decided to get married. We didn't even propose to each other. It just happened naturally."

Ajay On His Equation With Kajol

In the same interview, he mentioned, "If you don't have it, then you can't be together for so long. We have a bond where we can tell each other whatever we want. Even at home, we are a chilled-out couple." 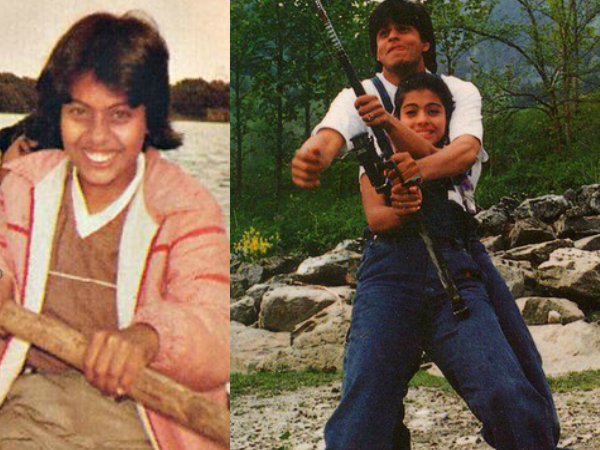 Happy Birthday Kajol: You Will Say 'Pyaar Toh Hona Hi Tha' After Looking At These Pictures!