Akshay Kumar, the Khiladi of Bollywood is all set to release his highly anticipated upcoming project Good Newwz. In a recent media interaction that was held as a part of the promotions of the movie, Akshay Kumar opened up about working with new directors. The actor stated that he doesn't believe in guiding the new filmmakers.

When he was asked by FilmiBeat about being a guiding force to new directors, Akshay Kumar replied that he doesn't try to be a guiding force to them as he trusts their ability. According to Akshay, 60 per cent of the job is done by the screenplay and the director handles the rest. The actor stated that he doesn't give any inputs and teams up with a new director when he trusts his/her talent.

"I am not any kind of guiding force. I have not opened a school. They come, they do their own work. They do a good job, that's why they are with me. Actually, more than anything else, I trust the script and the screenplay. With that, 60 percent of your job is done. The rest is done by the director," he said.

Raj Mehta, the director of Good Newwz, is the 21st new filmmaker who makes his debut with Akshay Kumar. The Khiladi feels that new directors' passion to do good work is far more than senior filmmakers. For them, it is a do or die situation, as their career depends on the performance of their debut film.

The Mission Mangal actor also funnily stated that he works with new filmmakers because senior directors don't take him in their films. Akshay Kumar made the comment when Karan Johar, the producer of Good Newwz pointed out that the actor only works with new filmmakers. The actor stated that he was forced to start his own journey as big directors preferred working with other stars. Akshay pointed out that big directors like Karan Johar and Aditya Chopra prefer producing his films, not directing.

Good Newwz, which is touted to be a complete fun ride, features Akshay Kumar, Kareena Kapoor Khan, Diljit Dosanjh and Kiara Advani in the lead roles. The much-awaited project has been slated to hit the theatres on December 27, 2019. 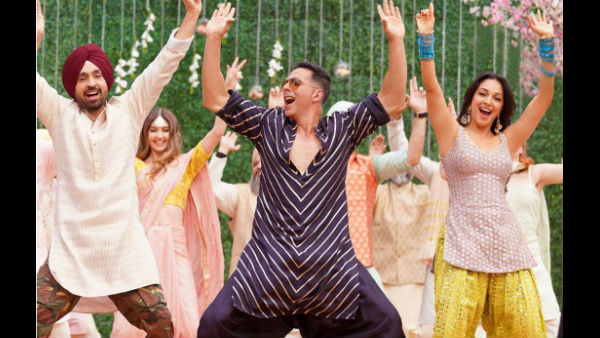