Akshay Kumar and Parineeti Chopra have been busy promoting their upcoming film Kesari. On Wednesday afternoon, the two were snapped at a private airport when they returned to the city after a promotional event. Kiara Advani looked radiant when she headed out for lunch on Wednesday afternoon. Taimur Ali Khan and his cousin Inaaya Khemu enjoyed a nice summer day on a play date. Esha Gupta was spotted out in the city. Check out the pictures of these celebs.

Akshay Kumar and Parineeti Chopra are all geared up for the release of their upcoming film Kesari. On Wednesday afternoon, the two were snapped at the private airport in Mumbai when they returned to the city after attending the movie's promotions. They both twinned in black. While Parineeti sported a fearless21 t-shirt with navy blue sweatpants, Akshay wore a black zip up hoodie with black denims and a pair of black sneakers.

Kiara Advani Heads Out For Lunch

Kiara Advani headed out for lunch on Wednesday afternoon, and she looked totally radiant. Kiara smiled a dazzling smile for the cameras, looking beautiful in a summery red floral ensemble. On the work front, Kiara will next be seen in Kabir Singh, starring opposite Shahid Kapoor. She also has a cameo role in Karan Johar's Kalank, which is set to release on April 19th.

Taimur & Inaaya On A Play Date

Bollywood babies, Taimur Ali Khan and Inaaya Khemu enjoyed a nice summer's day while they were snapped on a play date. Taimur looked cute as a button in a light button down shirt and denims, whereas Inaaya too looked adorable in a white top with red pants.

Esha Gupta Snapped In The City

Esha Gupta was out and about in the city when she was snapped by the paparazzi on Wednesday afternoon. Esha sported a black top with black floral printed pants, and a pair of black sneakers. She accessorized with a cool pair of sunglasses. Esha is currently filming for the third installment of Hera Pheri. 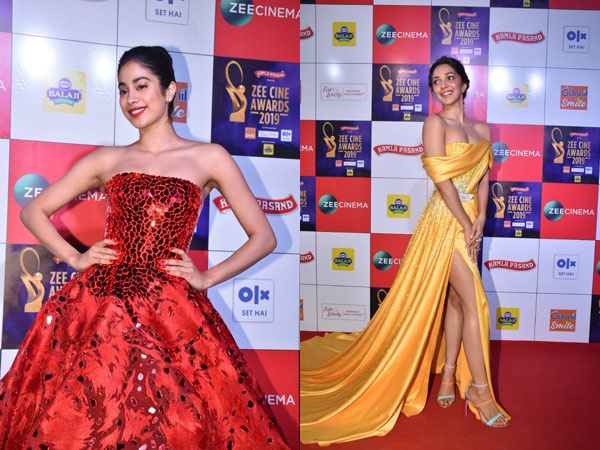