Akshay Kumar is all set to present a thriller, 'Durgavati', and the lead actor in it is Bhumi Pednekar. In a recent interview, Akshay revealed why he thought Bhumi is a good choice for the film. The two have previously worked together and shared screen space in 'Toilet: Ek Prem Katha', but this time it will only be Bhumi who will be seen on the screen.

Whilte talking to the media, Akshay Kumar revealed his reason for casting Bhumi in Durgavati. "I thought it was an IPS female's role and I thought Bhumi would fit the bill well. I wanted a girl-next-door kind of image and Bhumi is someone who can pull off any role with ease. So I requested her," he said.

This is the first film that Akshay will be associated with, in which he will not act. "I have done many such films where I have presented it. This will be my first film not being an actor," he said.

Durgavati will go on floors in January 2020 and will be directed by Ashok. Although the film is said to be a remake of another Telugu directorial by Ashok, 'Bhaagamathie', this has not been confirmed. Bhaagamathie, which released in 2018, starred Anushka Shetty, Jayaram, Unni Mukundan, Usha Sarath, and Vidyulekha Raman in the lead roles.

EXCITED to announce @bhumipednekar in & as #DURGAVATI. A scary-thriller, going on floor mid-January. Presented by #CapeOfGoodFilms and @bhushankumar, produced by @ivikramix and directed by Ashok. Need your love and luck 🙏 @tseries.official @abundantiaent

Bhumi will next be seen in 'Bhoot - Part One: The Haunted House', starring alongside Vicky Kaushal and Ashutosh Rana. The horror film is scheduled for release on February 21, 2020. 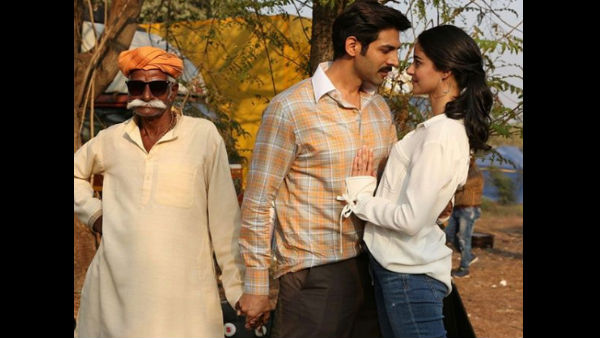