Bollywood celebrities are lining up to support Ajay Devgn's upcoming film, 'Tanhaji: The Unsung Warrior' which turns out to be his 100th film. Yesterday, Shah Rukh Khan took to his Twitter page to unveil a special poster as Ajay completed 30 years in the film industry.

And now, Akshay Kumar has dropped a new poster of Ajay Devgn as Tanhaji Malusare. The Khiladi of Bollywood took to his Twitter page to share the still and captioned it, "We started our journey in this industry together...30 years ago. And I've seen your graph only grow from strength to strength.And as you are all set to mark your century with #TanhajiTheUnsungWarrior,I wish you nothing but lots of love and luck.Shine on my friend @ajaydevgn."

Talking about why Ajay Devgn is the apt choice to play the Maratha warrior, director Om Raut told Mumbai Mirror, "He (Tanaji Malusare) was a husband, a father, a brother and a friend, and one of the greatest warriors of our country. Mr Devgn has the eyes, persona and physique which exudes power."

Meanwhile, the film also stars Kajol as Tanhaji'swife Savitri. Speaking about her, Om Raut shared, "Nobody has seen Kajol ma'am as a Maharashtrian before though she is half Maharashtrian."

The makers will be unveiling the film's trailer on November 19 in 3D. Saif Ali Khan plays the main antagonist in this Ajay Devgn starrer. 'Tanhaji: The Unsung Warrior' will be releasing in theatrical screens on January 10, 2020. It will lock horns with Deepika Padukone's 'Chhapaak' at the box office. 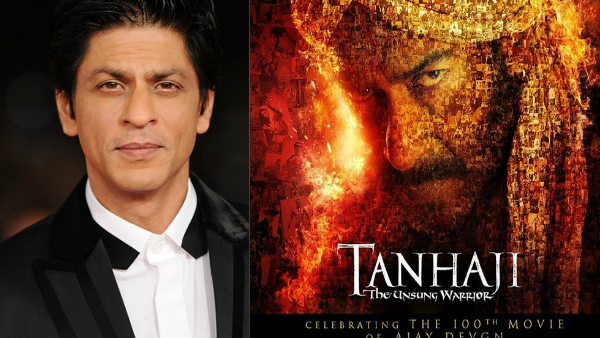 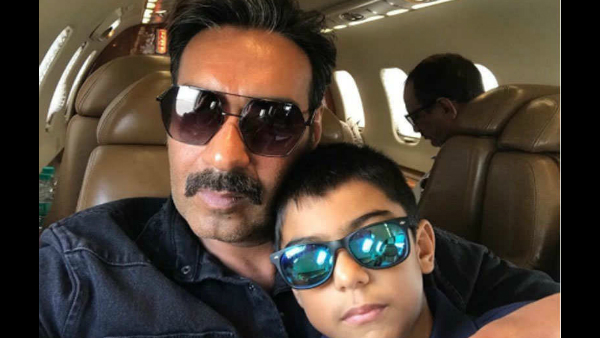 Ajay Devgn Loses His Cool As He & Son Yug Get Mobbed During A Dargah Visit; Video Goes VIRAL!