While Alia Bhatt's romance with Ranbir Kapoor has off late been the talk of town, the actress will also be sharing screen space with him for the first time in Ayan Mukerji's fantasy-adventure Brahmastra. Alia has time and again expressed that she has had a crush on Ranbir for a long time and is a huge fan of his work.

But you folks would be surprised to know that the actress was so keen to work with her boyfriend that she pleaded with Ayan to cast her in Brahmastra.

Alia revealed, "The idea for Brahmastra was conceived long back when Ayan (Mukerji, director) had just done Yeh Jawaani Hai Deewani. I wanted to work with him and I have always wanted to work with Ranbir as well. I pleaded to Ayan that please cast me with him."

Opening up about her working experience with Ranbir, the 'Kalank' actress said, "With Ranbir, it is a completely different experience because I have always admired him. He is my favourite actor since he made his debut. He will always remain my favourite because he is so honest and effortless."

Ranbir Is A Spontaneous Actor

"When I set out to work with him, I was thinking that I will understand his process of acting, but there's no process.

He is like me, he acts in front of the camera, and suddenly off camera, he is seen eating chocolates, or chatting, wanting to know what is the gossip of the day. He is very hard working, so effortless and that is the beauty."

How Ranbir Has Changed Alia As A Person!

"Love always makes you a better person. It has definitely brought about a positive evolution within me. I am beginning to sense and feel different things, and things that I have not felt before. The attitude that I have towards my life is different now," the actress revealed in a recent interview.

Brahmastra also stars Amitabh Bachchan, Mouni Roy and has a cameo act by Nagarjuna. The film is slated for a Christmas 2019 release. 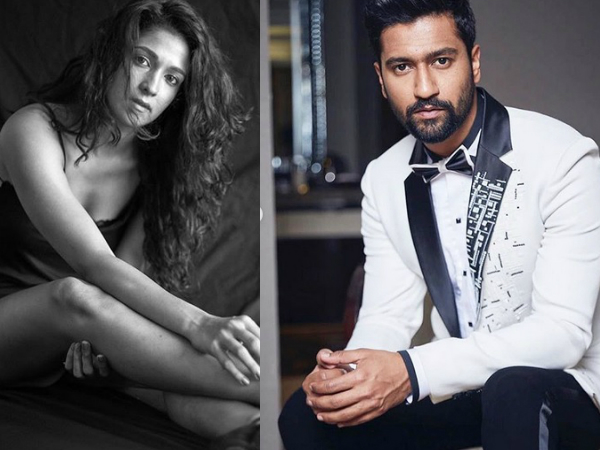