Bollywood's legendary superstar, Amitabh Bachchan will be conferred the Dadasaheb Phalke award this year. Many members of the Hindi film fraternity are celebrating this as Amitabh is one of the most loved stars in the country. Alia Bhatt, who will be co-starring Amitabh in Ayan Mukerji's Brahmastra, had some things to say about Big B winning the award. Read on.

Alia was interacting with the media at the Vogue Beauty Awards 2019 on Thursday, when she was asked for her thoughts on Amitabh being honoured with the highest award in Indian cinema. "I would like to congratulate him for receiving this honour. I worked with him in 'Brahmastra' recently, and it was an absolute pleasure working with him. He a legend in every way and despite that a very down-to-earth and humble person, so there is so much to learn from him. I wish him all the best," said Alia.

Ayan Mukerji's upcoming film Brahmastra will also star Ranbir Kapoor and Mouni Roy apart from Alia and Amitabh. The film is scheduled for release in 2020.

Meanwhile, Alia has been in a celebratory mood herself, due to Gully Boy entering the Academy Awards 2020 race. Expressing her happiness about the news, she said, "I am thankful to all those responsible for choosing 'Gully Boy' as the official film to represent India at the Oscars. I hope it gets nominated and I hope it also wins the award. There are lots of hopes. I feel 'Gully Boy' has had a long life even after release in India. It was screened at Indian Film Festival of Melbourne and it won an award there. It was also released in Japan and now this has happened. So, the whole team is ecstatic."

The Alia and Ranveer Singh starrer directed by Zoya Akhtar is India's official entry to the Oscars. 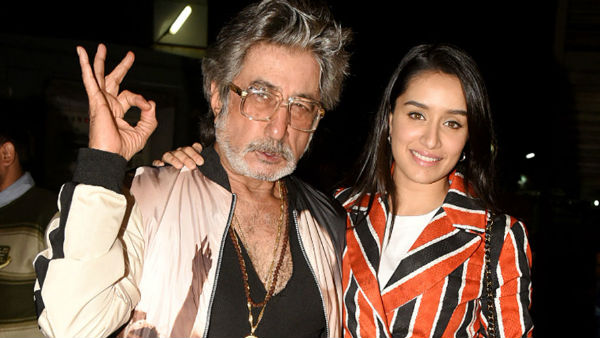 MOST READ: Shakti Kapoor Says Daughter Shraddha Kapoor's Chhichhore Is One Of The Finest Films He Has Seen