The debate of nepotism has taken Bollywood by storm off late with many celebrities calling out the practice of star kids being given privileged access to work in the film industry while other who have no familial ties to the industry are often blocked out. Alia Bhatt, who is now known for her well thought out opinions on different matters, shared what she felt about the practice of nepotism in Bollywood. Read what she said!

Pinkvilla reported that at a recent conference, when Alia was asked what she felt about nepotism, she said,

"Nepotism exists in every field. My thoughts on nepotism don't come from a negative place. If you know somebody from a certain field you will always help them. But having said that, I am so in love with acting and being an actor, I would be devastated if I never got the opportunity. So I am in no place to say that, 'Oh, they don't know what they are talking about'. Or 'How can you say that?'"

"Of course, it feels terrible if you feel that someone is getting an opportunity because of their family line. So there is no way to counter that thought. It does exist. But having said that, once you come into the foray, the audience chooses you. So if you are working, it's not just because you're getting lucky every time. There does go some hard work into that. Quite a lot of hard work," she added.

And concluded, "So while keeping in mind the sentiment it is also important to not discard a lot of hard work. Like I said, there are no negative thoughts. I can't wake up and say sorry for being born in this family. But I can definitely say that I will work as hard as possible to prove that I deserve to be here."

It cannot be denied that Alia has grown as an actor over just the few years of her career, and is one of the best actors in the film industry. After winning all our hearts with her role in Zoya Akhtar's Gully Boy recently, Alia is all set to delight us again with Kalank, a Karan Johar production which is set to hit the theatres on April 19th, 2019. 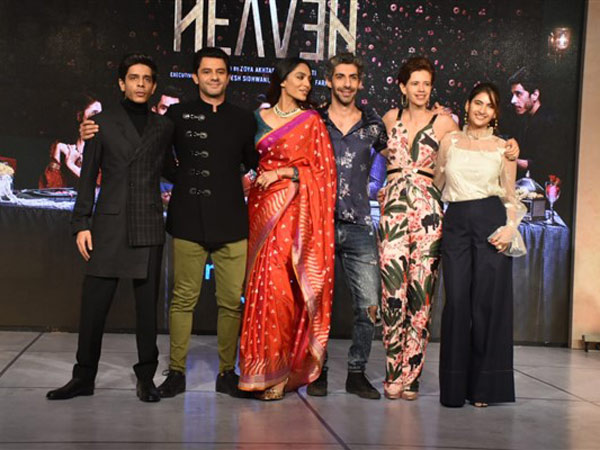