Ranbir Kapoor and Alia Bhatt have been painting the town red with their romance. The lovebirds began dating on the sets of Brahmastra and since then, their relationship has been going strong. Earlier, Alia was rumoured to be dating her 'Student Of The Year' co-star Sidharth Malhotra.

The couple soon broke up and later, Sidharth opened up about their split for the first time on Koffee With Karan. Speaking about her current beau Ranbir, Alia is head over heels in love with Ranbir and her latest interview with Grazia magazine is a proof to that.

Alia Says It's Important To Go Through Heartbreaks

The 'Kalank' actress told Grazia magazine, "It's a very important part of growing up. If there's one thing I am certain of, it's that love is the most powerful feeling in the world."

The Cycle Of Heartbreaks & Love

She further added, "The cycle of going through the piercing pain of a heartbreak, only to come out stronger and fall in love all over again, is something everyone should go through that some point in their life."

Alia Feels Ranbir Is The Right Guy For Her

In one of her recent interviews, Alia confessed that she knew Ranbir was the right guy for her when she met him for the first time.

Alia Had Also Opened Up About Her Relationship With Ranbir

The actress had said, "It's not a relationship. It's a friendship. I'm saying this with all genuineness and honesty. It's beautiful. The best part is that we're two individuals, who are living our own professional lives in its full form right now."

Coming Back To Her Interview With Grazia Magazine

Alia also spoke about how she chooses her roles in films. The actress was quoted as saying, "I don't want to be rehearsed about my choices. It's an organic process for me. Sometimes, the story could be beautiful, but the character might not excite me as much, or the character is brilliant, but the storyline is lacklustre.

The balance, for me, lies in identifying a great story first and then finding a character within it that strikes a chord. It doesn't have to be a meaty character, but a challenging one, someone very different from my last role." 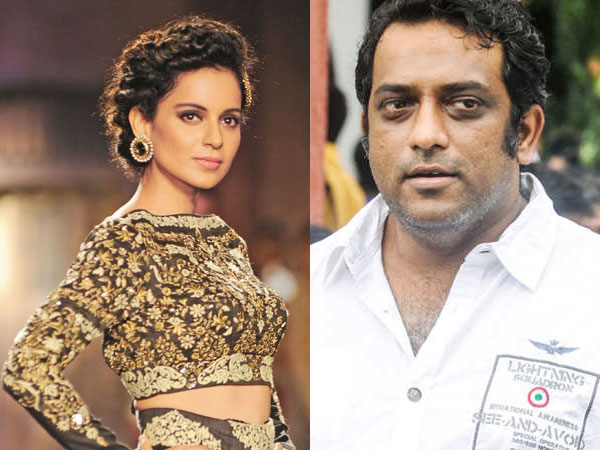 Kangana Ranaut Has No Time For Director Anurag Basu; WALKS Out Of His Film 'Imali'!