Actresses, who own de-glam looks are one of a kind! We as an audience, always expect actresses to look glamorous all the time. No matter where they are or what time they step out, we want to see them at their best. But it's high time, we keep this expectation aside and stop pressurising actresses to look perfect all the time. Thankfully, there are actresses like Alia Bhatt, Anushka Sharma, Sonam Kapoor, Soha Ali Khan and Sara Ali Khan, who don't give a damn to looking perfect all the time and rather choose to be their true self!

Speaking of the same, Alia Bhatt told a leading daily, "When my dress is crumpled or not ironed, I say 'Relax, it's normal'. Clothes are meant to crumple. I can't be looking plastic all the time. There has to be something real."

Anushka Sharma also spoke about the 'pressure of looking perfect' all the time and said that she has always been somebody who has lived a real life and she has also done de-glam films. She believes that more than her looks, her work should speak for herself and it is important for people to understand it.

Just like Alia Bhatt and Anushka Sharma, Sonam Kapoor also emphasises on staying real as much as she can and said, "I like to stay real on social media because you have to send a true message to your fans. We all have spots and marks, so let's embrace it. I am worried about what my viewers think because I am completely against lying; I don't want to present the wrong perception of myself to anybody." 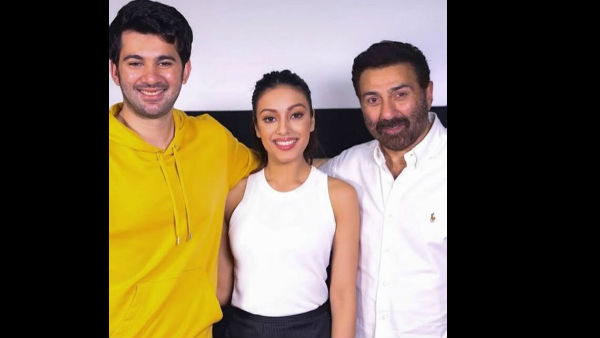 Sunny Deol Is Hurt To See His Son Karan Deol Rejected By Critics; Feels They Got 'Personal' With Him

New actresses like Sara Ali Khan, Janhvi Kapoor and Ananya Pandey are also often spotted outside their gym in de-glam avatars and we must say they're setting the right example for their fans and followers!