Amitabh Bachchan is known for sharing 'flashback pictures' on his Instagram/Twitter page. Most of the times, he shares picture from the sets of his old movies or childhood pictures of Abhishek and Shweta Bachchan. However, this time, Amitabh Bachchan has shared a childhood picture of Kareena Kapoor Khan from the sets of Pukar, in which he can be seen putting medication on her hurt foot. Wanna see this adorable moment? Scroll scroll!

Amitabh Bachchan shared this picture on Instagram and wrote, "Guess who .. ? That be Kareena Kapoor on the sets of PUKAR shooting in Goa .. had come with Dad Randhir .. hurt her foot .. and yours truly putting medication and taping it !!"

Remember the old blog of Amitabh Bachchan, which he penned down during the shoot of Satyagraha, wherein Big B had revealed how Kareena Kapoor came running to save her father Randhir Kapoor, when he was being beaten up by Big B!

For The Unversed, Here's What He Had Shared

"I joke with her and wonder at the fact of her growing up so fast. It is in reference to when she was a little kid, and the times spent with her and her parents on outdoor locations where Dabboo, Randhir Kapoor and I would often be working together."

Kareena Got Disturbed Seeing Her Father Beaten Up By Big B

I was narrating to her, one such moment when we were shooting for ‘Pukar' in Goa and how she looked with her cute summer hat with little pink flowers on them, and how troubled she had been when during an action sequence I was hitting her Father."

"She in her innocence had run on to the set in the outdoors and clung to her Father to protect him from this ‘evil' man who was beating him up..."

"In tears and most worried, she was relentless and very disturbed. She soiled her pretty little feet in the sand and in order to settle her down I had asked for some water and washed her tiny feet clean, to make her realise that this act was not for real, but an enactment."

"I think after the feet washing, her opinion seemed to have changed about me. I wasn't that ‘evil' after all !! She still remembers that moment !!"

Big B On The Work Front

On the work front, Amitabh Bachchan was last seen in Sujoy Ghosh's Badla and a few days back, Big B revealed his look from the mystery thriller with Emraan Hashmi and film is titled Chehre. 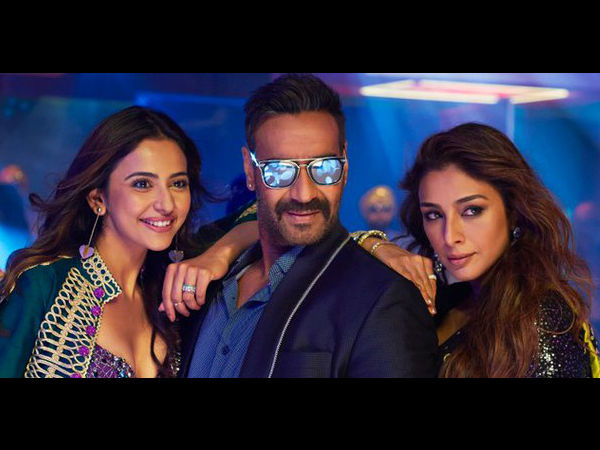