In what comes as a piece of sad news to the fans of Megastar Amitabh Bachchan, he took to his blog and informed his fans that he has been advised by his doctors to take time off and cut back on work.

On Thursday, the actor completed 50 years in Hindi cinema. He continues to be one of the busiest actors in Bollywood.

He also shared several pictures which were apparently taken during a meeting with doctors at his home in Jalsa. Bachchan also stated that he would be back to the grind even after the warning by "the stethoscope dressed messengers from heaven".

"The tunnel at the NSSH... indeed several tunnels and some more probing with the meter in hand that sonographs.. a few on the side injectables .. at various locations on this mine field of a body.. some venus strips punctured and the fluids dripped in.. a few hard core instructions to follow.. and back to the grind, despite the stethoscope dressed messengers from heaven giving strong warnings of work cut off.. or else (sic)," Bachchan wrote on his official blog.

Bachchan's first Hindi film, Saat Hindustaani released on November 7, 1969. Even though the movie did not score well at the box office, it paved the way for the Megastar's entry to Bollywood. The 77-year-old was recently announced as the recipient of Indian cinema's highest honour for an artist, Dadasaheb Phalke award, in October this year.

In his entertainment career, Amitabh has won four National Film Awards for Agneepath, Black, Paa and Piku. He is also the recipient of the 1984's Padma Shri, the Padma Bhushan in 2001 and the Padma Vibhushan award in 2015. In 2007, the Government of France also honoured him with its highest civilian award, Knight of the Legion of Honour.

On the work front, Bachchan has a lot of movies in his kitty including Jhund, Chehre, Gulabo Sitabo and Brahmastra besides his TV show, Kaun Banega Crorepati. 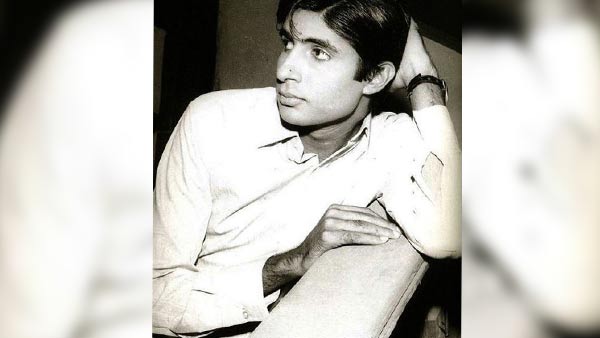