Amitabh Bachchan, the megastar of Bollywood always makes sure that he interacts with fans on social networking platforms. Recently, a fan of Big B posted a throwback picture of the legendary actor on Twitter. In the picture which was clicked during Amitabh Bachchcan's younger days, he is seen with wife Jaya Bachchan and a bunch of star kids.

While sharing the picture, the fan identified two of the kids as Karisma Kapoor and Shweta Bachchan, the daughter of Amitabh and Jaya Bachchan, and asked the megastar who is the child in his arms. Big B replied to the tweet of the fan, saying that the kid in his arm is Bebo aka Kareena Kapoor Khan. In the cute picture, Amitabh is seen holding little Kareena, who looks distracted. Jaya, on the other hand, is seen interacting with the boy in the picture.

As we all know, the megastar has always been immensely fond of throwback pictures and has shared quite a few of them on his Instagram page. Earlier in May, Amitabh Bachchan had shared a super adorable throwback picture of himself with Kareena Kapoor Khan, on his social media pages. In the picture, Big B was seen pacifying a crying Kareena who hurt her foot. The very special picture was clicked on the sets of Pukar in Goa when Kareena had accompanied her father Randhir Kapoor to the sets. Pukar featured Amitabh Bachchan, Randhir Kapoor, Zeenat Aman, and Tina Munim, in the lead roles.

Guess who .. ? That be Kareena Kapoor on the sets of PUKAR shooting in Goa .. had come with Dad Randhir .. hurt her foot .. and yours truly putting medication and taping it !!

{image-amitabh-bachchan-kareena-kapoAaradhya Bachchan's Cute Smile Steals The Show As She Poses With Aishwarya & Abhishek!

Years later, Kareena Kapoor made her acting debut with the 2000-released movie Refugee opposite Abhishek Bachchan and went on to become one of the most sought-after actresses of the industry. The actress later shared the screen with Amitabh Bachchan in some highly popular films including Kabhie Khushi Kabhie Gham, Dev, Satyagraha, etc. 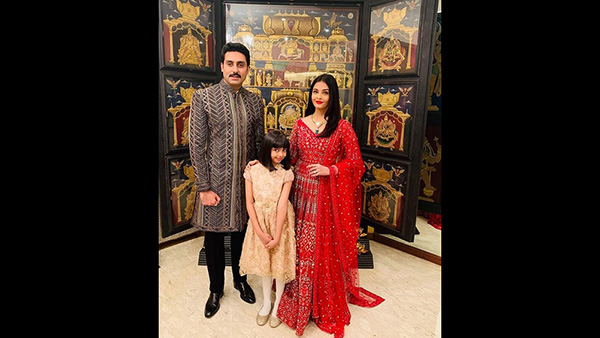 Aaradhya Bachchan's Cute Smile Steals The Show As She Poses With Aishwarya & Abhishek! 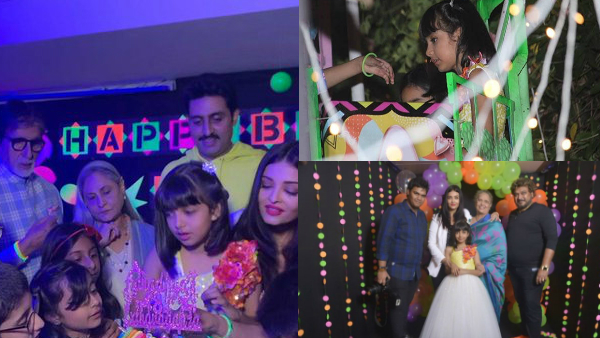