Amy Jackson flaunts her baby bump in her new post on Instagram. While sharing the photo on social media, Amy wrote, "What a spectacular #PronoviasFashionShow Congratulations Amandine and the entire @pronovias team." With the pregnancy glow, Amy is looking even more bautiful and we're so happy for the Robot 2.0 actress!

Recently, while talking to UK magazine, Amy Jackson revealed that her pregnancy was unplanned but she's all ready to grace motherhood. She had said, "It was totally unplanned. We had no idea. We're at that stage where we're definitely ready for it. I don't think you can ever plan something perfectly, but we're in such a good place. We're happy together, we have a beautiful home and we're excited to be a mum and dad."

Amy also spoke about her fiancé George Panayiotou and said, "We know each other pretty well - the good, the bad, the ugly and everything in between. We were inseparable before, but this is a different closeness." 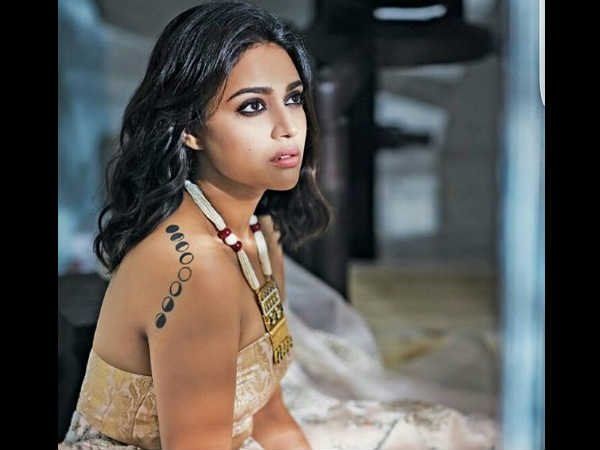 Swara Bhaskar Shuts Down A Troll Who Targeted Her Over Her Masturb*tion Scene!

Speaking of motherhood, she was quoted as saying, "It's important to have your own career and identity, but it's nice to have this time to think about what's next. I've always gone from one film to the next so I'm using this as a bit of respite - for now."