Recently, Ananya Panday had taken to her social media to announce her upcoming romantic-thriller, Khaali Peeli. The young diva will be seen sharing screen space with Ishaan Khatter for the first time. While we can't wait to witness this dynamic pair together on-screen, this also happens to be Ananya's first collaboration with the supremely talented Ali Abbas Zafar as well.

Ali Abbas Zafar has always worked with an experienced bunch of actors in the past and given us some amazing films. The 'Student Of The Year 2' actress turns out to be his youngest heroine till date and we aren't surprised!

Talking about being his youngest heroine, Ananya said, "I had no idea that I was the youngest heroine he has taken and so I am very happy about it. I am nervous as well and don't want to let him down. But he is an extremely hands on producer. He is very sweet and he has been so nice to us and he has been so patient with us and sat with us through readings and helped us , both Ishaan and me so much and he pays so much attention to every small detail. He just has a knack of making things so grand and presenting things so beautifully and so well and I am very excited."

She further added, "When i was offered the film it was the weekend when 'Student Of The Year' had just released. So, I was just overwhelmed and very happy that they watched my performance and they liked it and that's why decided to take me in the film. It feels very overwhelming and I am very grateful that people like my work. So yes, I was beyond happy and grateful and overwhelmed that they wanted me to be a part of this film because it is very different than the character I am playing to what I am as a person. So the fact that they imagined me as that and believed that I could pull that off is something very exciting and that makes me very happy. I really hope that I don't let anyone down and I can do it well."

Ananya Panday has created a mark for herself with her debut film earlier this year and will soon be seen entertaining audiences in a completely unique avatar with her upcoming film, 'Pati Patni Aur Woh'. The gorgeous star has created a niche for herself in no time and is promoting several brands as well, which tie back to her bubbly and jovial personality. Her candidness resonates with most of us and we are completely in awe of her!

We can't wait to witness the combination of Ananya and Ali Abbas Zafar hit our screens soon! 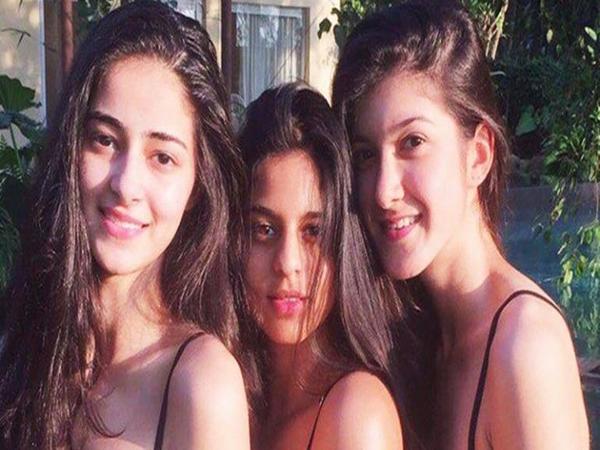