Ananya Pandey made her big debut in films recently with 'Student Of The Year 2', starring alongside Tiger Shroff and Tara Sutaria. The actress was praised for her performance in the film, and many felt that she is a promising newcomer. Ananya has already wrapped up the shoot for her second film, 'Pati Patni Aur Woh' making audiences super pumped to watch her on the big screen again. Recently, she revealed an anecdote about something that happened on the film set.

As a newcomer, Ananya is yet to learn more about her art, and evolve as an actress. She recently recalled an incident from shooting for Pati Patni Aur Woh, which may have left a big impression on the young actress.

Ananya was shooting for a scene with her co-star Kartik Aaryan, in which she did not have a line and only had to react to what Kartik was saying. "I had to just react to whatever Kartik's character says, which I think is usually the hardest part. After canning the shot, we were all quite excited as Mudassar sir appreciated the scene and we went about our day as usual. During the break, he came up to me and handed me a Rs 500 note, saying that he really liked my shot," the actress shared.

Isn't that an adorable way to encourage someone?

Pati Patni Aur Woh will be a remake of the 1978 film of the same name; this time, starring Ananya, Kartik, and Bhumi Pednekar. The film is being directed by Mudassar Aziz and produced by Bhushan Kumar. It is expected to hit theatres in January 2020. 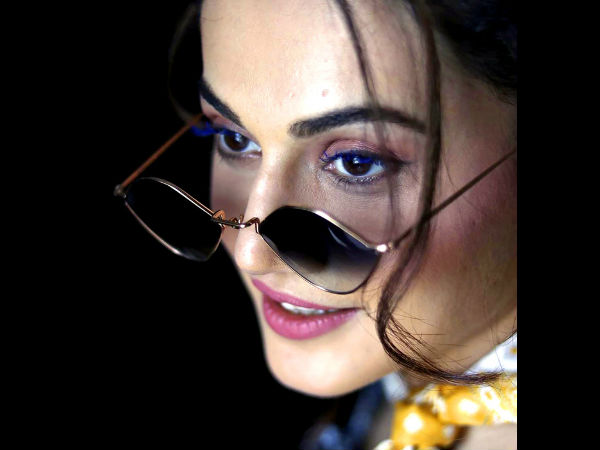 MOST READ: Taapsee Pannu Reveals Why She Is Inspired By Priyanka Chopra, Kangana Ranaut & Anushka Sharma!